Presented by Salita Promotions in association with Groups Yvon Michel, the cost for the pay-per-view is $29.95 USD.

“I’m excited to be fighting another undefeated champion and to have the opportunity to make history by becoming the first fighter – male or female – to be undisputed champion in two weight divisions in the four-belt era,” Shields said in a press release.

“Headlining my first pay-per-view event with this historic all-women’s card, particularly at such an important time in the evolution of women’s boxing and around the International Women’s Day celebration, is so meaningful to me,” Shields added. “We’re going to put on one heck of a show for the world to see. It’s one big step for boxing and one giant step for Womankind. I can’t wait to fight Marie Eve Dicaire on March 5.”

“I’m happy to finally be able to get back in the ring and face Claressa Shields,” Dicaire said. “It’s been a year now that I’ve been preparing exclusively for this fight. I’m used to making history in women’s boxing.”

“I was the first woman to lead an event in a major amphitheater in Canada,” Dicaire explained. “On two occasions, my IBF defences have been shown on pay-per-view in Canada. I have a lot of respect for everything Shields has accomplished; I am excited about this opportunity for my career and for the advancement of international women’s boxing.”

“Like Claressa, I am undefeated, and, just like her, I am coming to defend my world crown,” Dicaire stated. “We are going to have a lot of fun on Mar. 5, measuring our skills without restraints and putting on a grandiose and memorable show. We have been waiting for this moment for a very long time.”

The winner will reign supreme with Shields’ WBC and WBO titles, Dicaire’s IBF title and the WBA (super) welterweight title, the WBA’s first women’s super crown in its 99-year history. Shields can make history by becoming the first undisputed champion in two divisions with a win.

More bouts are expected to be announced for Superwomen. 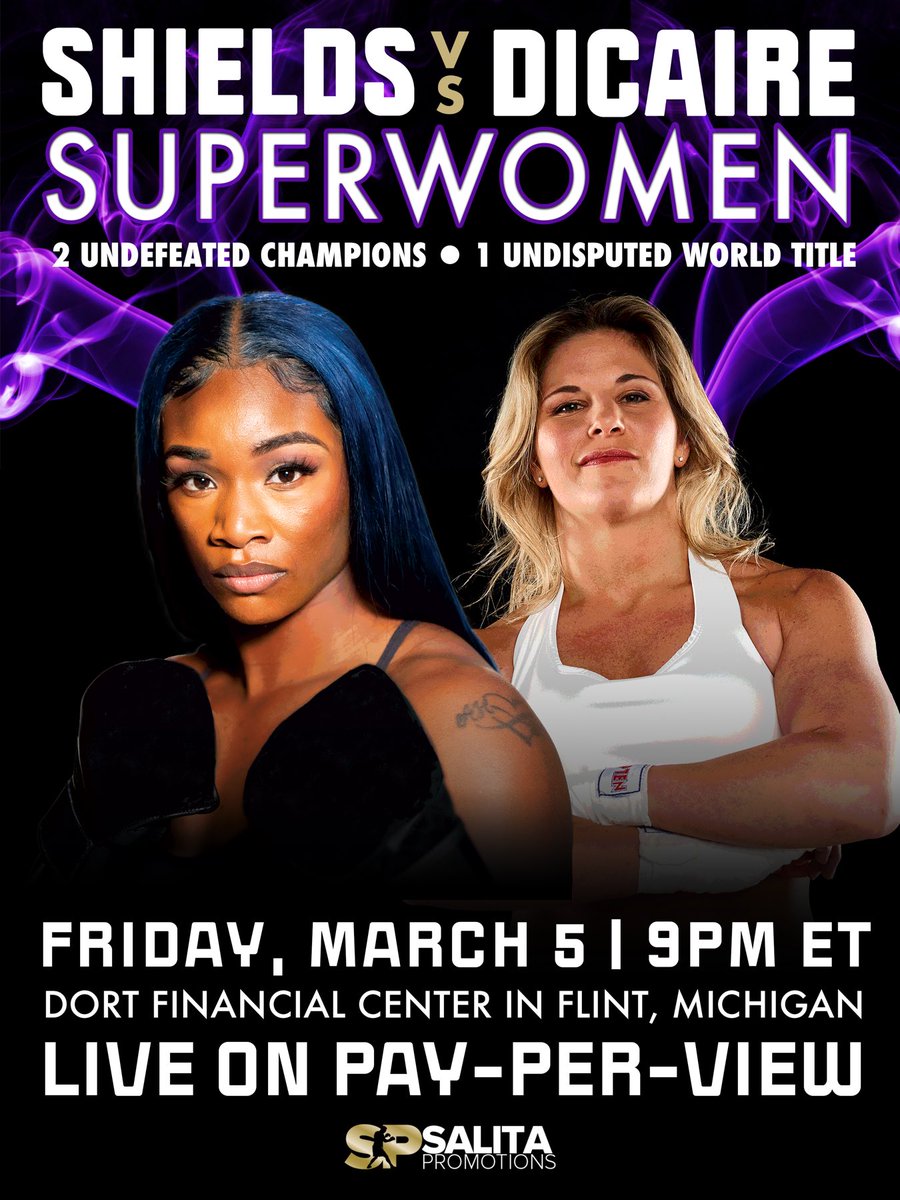