Once in a lifetime, opportunity knocks twice

Mixed martial actor Sean Patrick Flanery can relate to the character Mickey he plays in his new movie, Born A Champion, which opens today to select theatres.

As the main writer (written with director Alex Ranarivelo) and executive producer of the film, Flanery had full control over most – if not all – of its elements. This included the fight choreography and the casting. But getting Hollywood to green-light the film was a battle that required more than brute strength.

“That’s a testament to the gestation process of filmmaking and realizing a dream,” Flanery explained to MMA Crossfire from his hotel in Toronto. “2007 is when I first wrote the story. Ultimately, it’s about five things that are important to me. It’s about faith, family, fatherhood, love, and legacy. And it’s wrapped up in the world of Jiu-Jitsu. So at its core, it’s a love story. But having a movie that people think ‘Oh, it’s a martial arts movie.’ Well, we need more wall-to-wall fights. Okay, It’s a love story. Well, ‘we need more wall-to-wall love.’ Mixing the two was a difficult sell.

“And ultimately to get sold, we got it in the hands of a motor oil additive company Lucas Oil, they make racing oil additives,” Flanery continued. “And Forrest Lucas and his son Morgan and his wife Charlotte, they read it, they fell in love with it, and they gave us the opportunity to go and make it. Sometimes you have to step outside of Hollywood to realize a dream. They took a shot on us, and I’m very grateful that they believed in us.”

Movies with action, like Jason Bourne for example, typically have a fight or stunt co-ordinator to make sure the choreography matches the framework of the director. But as Flanery explains it, the action was one of the simplest parts of the movie.

“Well, it was very easy, because I was the fight co-ordinator,” Flanery said. “I designed it all. From when I wrote it, I wrote specifically what transition would happen when. So I wrote it, I choreographed it, and I co-ordinated it all. I hired all the right players … We had a smaller budget, so we didn’t have the opportunity to do 57 takes. So when I hire elite marital artists like Mickey Gall for a barroom brawl, I’m asking him to do something that he’s done 27 times a day for the last 30 years of his life. Not a big deal.

“Edson Barboza, highly talented, highly ranked UFC fighter. If I want somebody to do a flying knee to my orbital bone – and miss it – over and over again, I want that guy,” Flanery elaborated. “And he showed up on the day, threw flying knee after flying knee and never once grazed me. He threw power low kicks at my legs, never once injured my ACL. That’s the kind of a skilled sniper Edson Barboza is. That aspect was one of the easiest parts, because I hired incredibly skilled craftsmen to do it.”

“To get Dennis Quaid onboard, he topped the list in terms of prospects,” Flanery said. “But with actors that big, you never know. He took a long time to read the script. But when he called back, you could tell that he enjoyed the read. And when he finally said ‘Yes,’ it blew my mind that Dennis Quaid was going to play this role. I think he is the perfect prototype for the role. And what he delivered on the screen are some of the favourite moments of the film.”

Flanery brought songwriter and musician Darius Holbert,  – who has worked with Britney Spears, the Dallas Symphony Orchestra, the Wu-Tang Clan, and House of Pain, as well as contributed musically to TV shows like Greys Anatomy, American Idol, and American Horror Story – onside to handle the musical score.

“I saw a HBO piece that Darius Holbert did as a composer,” Flanery recalled. “I fell in love with it, contacted him, and we talked about the project. He watched the scenes. What he did, there’s a dojo altercation and there’s a final scene of the fight, he knocked it out of the park.”

The authenticity of the movie is powered by Flanery’s real life martial artist background. Training martial arts since he was nine years old, he is a black belt in Brazilian Jiu-Jitsu (BJJ) under the Renzo Gracie Jiu-Jitsu Academy and trains and teaches almost daily. That naturally translated into his character Mickey, who is an older character in his early forties.

“This is the body you get when you do this every single day of your life,” Flanery said. “I kept training every single day. When we wrapped, I’d go train because it’s part of my life.

“It’s my therapy, my church, my sanctuary. And I need that every day.”

Born A Champion opens today to select theatres, Digital, and On Demand. The film moves on to Blu-Ray and DVD on Jan. 26. 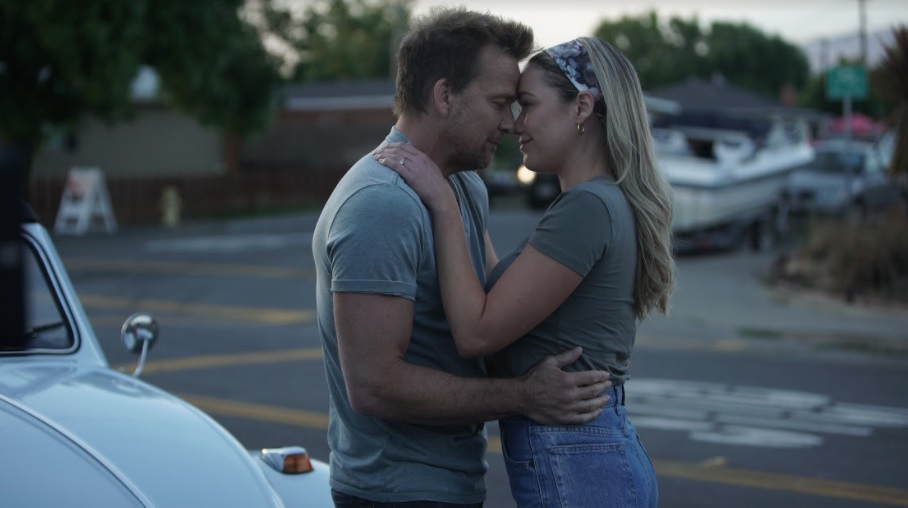