UFC 258: Kamaru Usman fends off and then dismantles Gilbert Burns

UFC welterweight champion Kamaru Usman (19-4-0) took the best shots of Gilbert Burns (18-1-0), and then eventually settled down and returned fire that went unanswered in the third round at UFC 258 Saturday night.

Burns started off fast, going right after the champion scoring with jabs and uppercuts that dazed Usman.

But Usman recovered, near the end of the round and in the second round, landed a right jab that stunned Burns. In the third and final round, Usman was in clinical mode, timing pinpoint strikes including another right that sent Burns to the deck again. Follow up strikes forced referee Herb Dean to call the bout at 34 seconds.

MY GOODNESS! The champ smells blood in the water 😳 #UFC258 pic.twitter.com/POk5EsdvND

With the impressive win, Usman broke George St-Pierre’s 12-fight consecutive win streak in the welterweight division, while defending his title for the third time.

Burns suffered his fourth loss Saturday night and was visibly emotional after the fight, being consoled by his trainer in the octagon, while Usman watched on. They finally embraced in a show of sportsmanship.

“I got over-excited,” Burns said in the post-fight press conference. “I cannot make those mistakes. I just want to be like Robbie Lawler … he lost to Johny Hendricks and then got right back, became a champion.”

Usman, Alexander Hernandez, Polyana Viana, and Juan Marquez all earned performance of the night. Each fighter earned a $50,000 USD bonus. There was no Fight of the Night awarded.

Andrews: Good job by Green, using aggression and chopping down the legs of Rowe so he couldn’t get much of anything going.

👊 @CGutierrezMMA is taking complete ownership of the final round. #UFC258 pic.twitter.com/QIS2GHhdcy

Andrews: Ewell’s 8-inch reach advantage didn’t factor much in the bout. Couldn’t get the heel hook. Meanwhile, Guttierrez kept the pressure on him and fought his fight.

Andrews: Martin made a big mistake by not keeping the fight standing as I mentioned and Viana secured the tap, alternating between the triangle and the armbar. Good win.

Just not giving Lima a second to breathe 😳 #UFC258 pic.twitter.com/VRSCxwXYVj

Andrews: Boy, did Hernandez keep the fight standing. Almost got tapped in the first, but comes back to wobble the BJJ champ and then the excellent guillotine!

Andrews: Pitolo fought like he was desparate for a win and nearly got it by decision. But Marquez makes the big comeback with the tap. Great fight.

Andrews: Gastelum’s flabby-looking weigh-in fooled many, including myself. He looked good, no cardio problems and fought intelligently. Good win.

Andrews: Grasso held off Barber at the end. Good win for Grasso, but she needs to keep improving.

Win or lose, the chase for the belt means everything 🏆 #UFC258 pic.twitter.com/oO8wWVl0Lh

Andrews: Wow! Burns did the right thing going right after Usman and things looked scary early. But with the heart of a champion, Usman settled down and turned the tables. Very impressive stuff from both fighters and the Nigerian Nightmare sent a big statement to the rest of the division tonight. 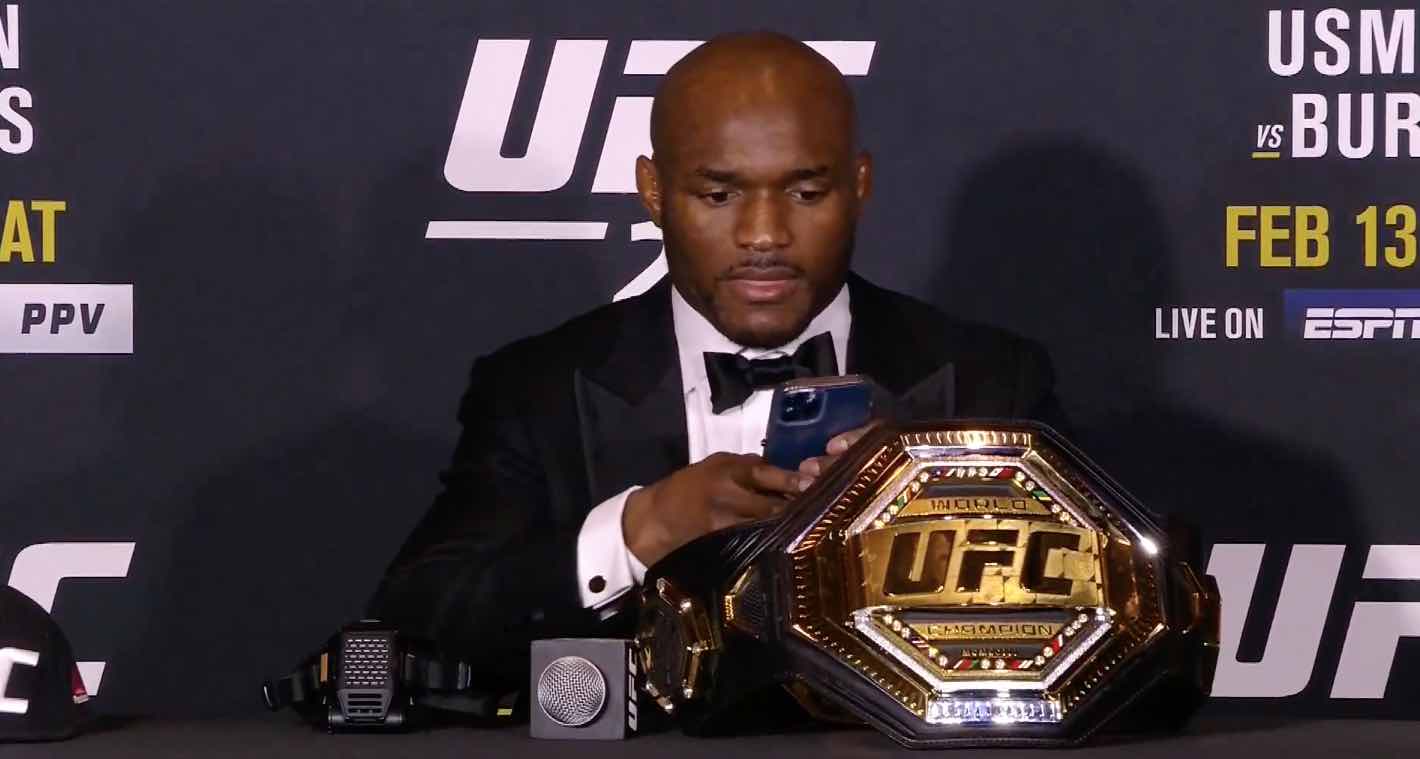