'I can understand that, but I’m okay.'

Ciryl Gane piled up the points on Jairzinho Rozenstruik at UFC on Vegas 20 Saturday night in Las Vegas, but president Dana White was less than enthused.

The two heavyweights combined for just 146 significant strikes in the five-round contest, with Gane registering 102 of them from a careful distance for the most part.

White did not attend the post-fight press conference, but Gane was told by Yahoo! Sports reporter Kevin Iole that White told him that: “Everybody’s talking about Ciryl being this big contender, but look at what Francis Ngannou did to Jairzinho. This was his coming out party and his chance to show the world who he is. He won, but let’s leave it at that. He won.”

“I can understand that,” Gane responded. “He is the boss, and he wants to make money, so you want the guy marketable. The people want the show. They want the big knockout. So yes, I don’t finish the fight. I tried, but I don’t do it. I can understand that (criticism), but I’m okay.”

It’s clear that Gane will need at least one more fight to enter the title shot conversation.

With the win, Gane (8-0-0) notched his fifth consecutive victory in the octagon and remains undefeated. Rozenstruik suffered his second loss in his last three bouts.

Gave it all they had for fifteen minutes 💰 #UFCVegas20

Pedro Munhoz and Jimmie Rivera secured Fight of the Night, while Ronnie Lawrence secured performance of the night. Each fighter earned a $50,000 USD bonus.

Alex Caceres bails on what appeared to be a guaranteed sub 🤯 #UFCVegas20 pic.twitter.com/i0JVKlIxWa

Andrews: Caceres channeled Bruce Leroy in the final round. But why did he let go of the sub?

Andrews: This fight has reportedly been pulled due to a positive COVID-19 test from Yoder’s camp.

Pedro Munhoz has been going to work 😳 #UFCVegas20 pic.twitter.com/TJKzClWciN

Andrews: Good calf kicks by Munoz to break Jimmie down.

Andrews: Silva grabbed the fence, was deducted a point and still got the draw?

Made the adjustments needed!

Andrews: Krylov just got outgrappled on the ground. Great win for Ankalaev.

🇫🇷 @Ciryl_Gane just showed why he's knocking on the door of the elite. #UFCVegas20 pic.twitter.com/wCGKHIumo0

Andrews: Not much of a barnburner, but Gane was in control of this one. Rozenstruik just couldn’t land when he did throw. 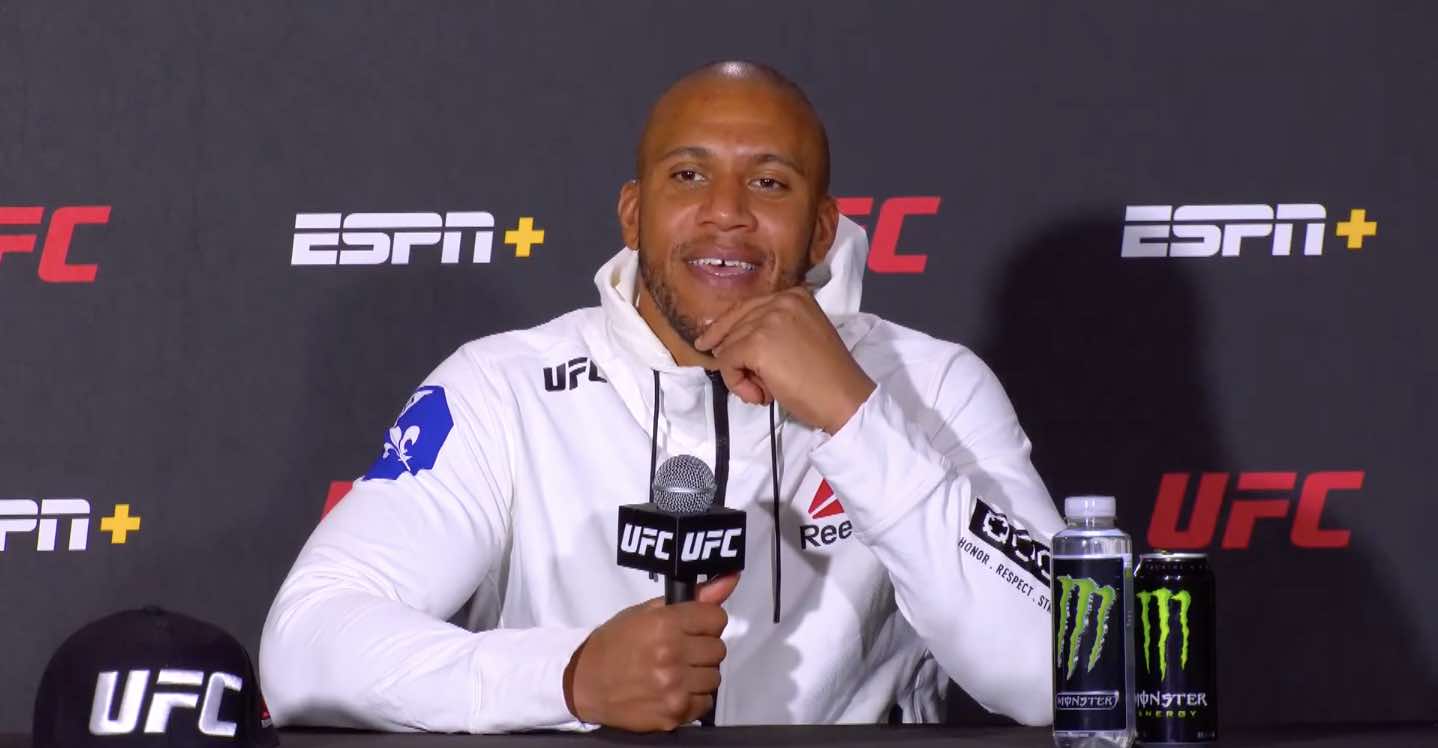