World Lethwei Championship women’s bantamweight champion Souris Manfredi of France returned to the win column with a vengeance in her first bareknuckle fight at BKK 1 in Thailand Friday.

Manfredi was trying to shake off a rare two-fight losing skid and did so in a big way, registering a first-round TKO victory over Thailand’s Kesorn Saenlakhon.

Manfredi knocked Saenlakhon earlier in the round, but the gutsy Thailand opponent got back up and moved forward. After some exchanges, Manfredi floored her again with a right uppercut that put her down for good.

Manfredi took to her Instagram page to express her thoughts on the fight.

Manfredi is expected to return to action later this year.

@mmacrossfire
Follow
Previous articleAndrews: Claressa Shields explains it all on how to be great
Next articlePFL 3: Werdum takes on Ferreira, Harrison welcomes Morais in co-main 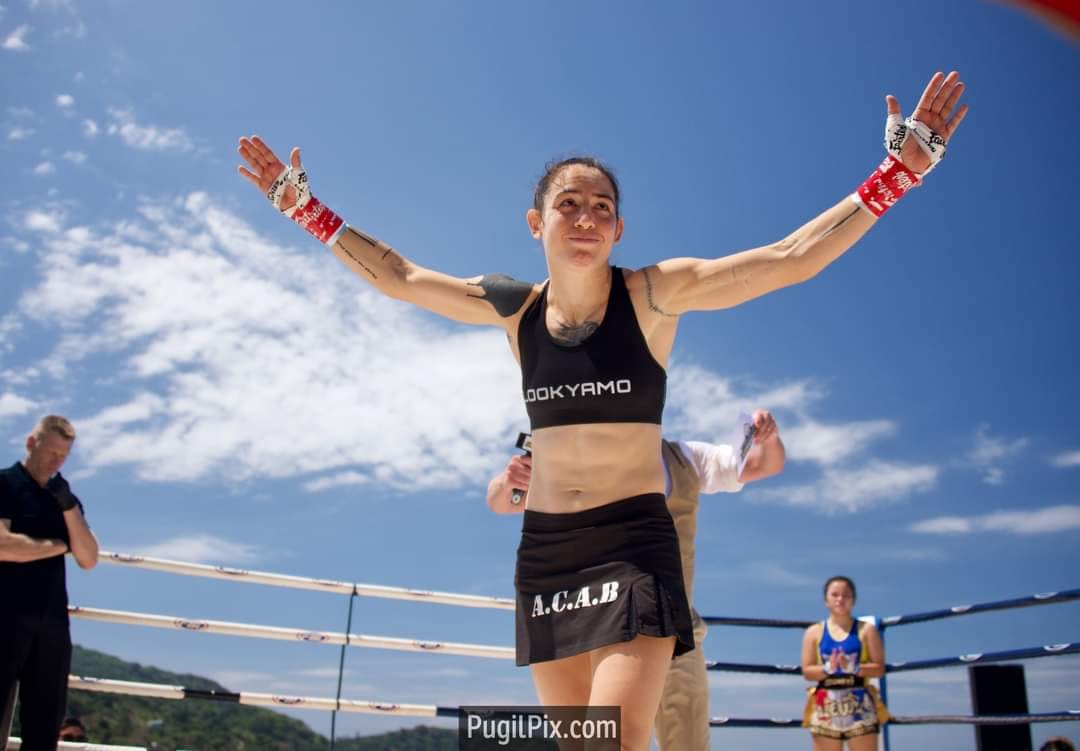