ONE on TNT I: Adriano Moraes stuns Demetrius Johnson to defend flyweight belt

A memorable debut in a lot of ways

It was an interesting evening right from the first bout for ONE Championship and its North American TV debut.

The first televised bout between American Eddie Alvarez and Luri Lapicus saw Alvarez get disqualified for illegal punches to the back of head, resulting in Lapicus getting stretchered out of the Singapore Indoor Stadium.

Johnson was forced to press the bigger Moraes from the beginning and it resulted in Moraes getting on top in the last half of the first round. Moraes used a nifty uppercut to knock Johnson to the ground in the second round, than connected on a vicious left knee to a grounded Johnson, combined with followup strikes that forced the referee to halt the bout at 2:24 of the second round.

With the win, Moraes recorded his second straight victory and defended his belt for the first time under his second reign.

Both fighters were gracious and sportsmanlike afterwards, with Johnson congratulating Moraes

In other notable bouts, Oumar Kane of Senegal impressively finished Patrick Scmid of Switzerland to kick off the prelims, securing the TKO in 1:48 of the first round. 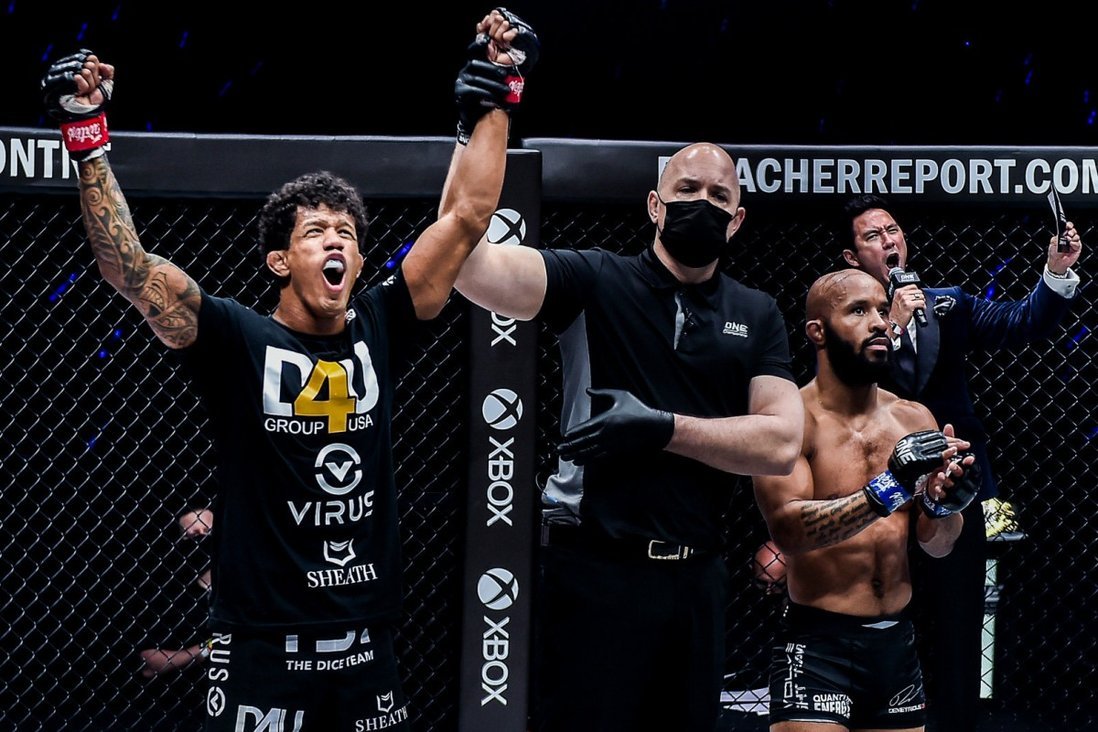 ONE on TNT I: Adriano Moraes stuns Demetrius Johnson to defend flyweight belt is highly popular post having 80 Facebook shares
Share with your friends
Powered by ESSB