The UFC confirmed today that Dustin Poirier and Conor McGregor will battle for the third time at UFC 264 in July.

UFC 264 will be held July 10 at the T-Mobile Arena in Las Vegas with a full capacity crowd expected.

Poirier (27-6-0, 1 NC), 32, won the second contest against McGregor decisively at UFC 257 in January, scoring a second-round TKO. “The Diamond” is currently ranked No. 1 in the lightweight division and is on a two-fight win streak and has the momentum going into the rubber match.

McGregor (22-5-0), 32, has not been active and has lost two of his last three bouts, albeit to top competition in Poirier and Khabib Nurmagomedov. His ranking has dropped accordingly to No. 6, but he did look close to his normal self in the first round, his inability to defend the calf kick in the second round spelled his demise. It will be interesting to see what adjustments “Notorious” will make.

Poirier’s much publicized spat between his charity and Conor McGregor seems to been moved back to closed doors for now.

1-1 July 10th we will settle the score!  Excited for the Trilogy with @TheNotoriousMMA but wanted to address this first. pic.twitter.com/03GaPPSfeH

Poirier publicly accused McGregor of reneging on a promise to donate $500,000 to his charity The Good Fight Foundation.

UFC 264 is scheduled for July 10 at the T-Mobile Arena in Las Vegas. Announced bouts include: 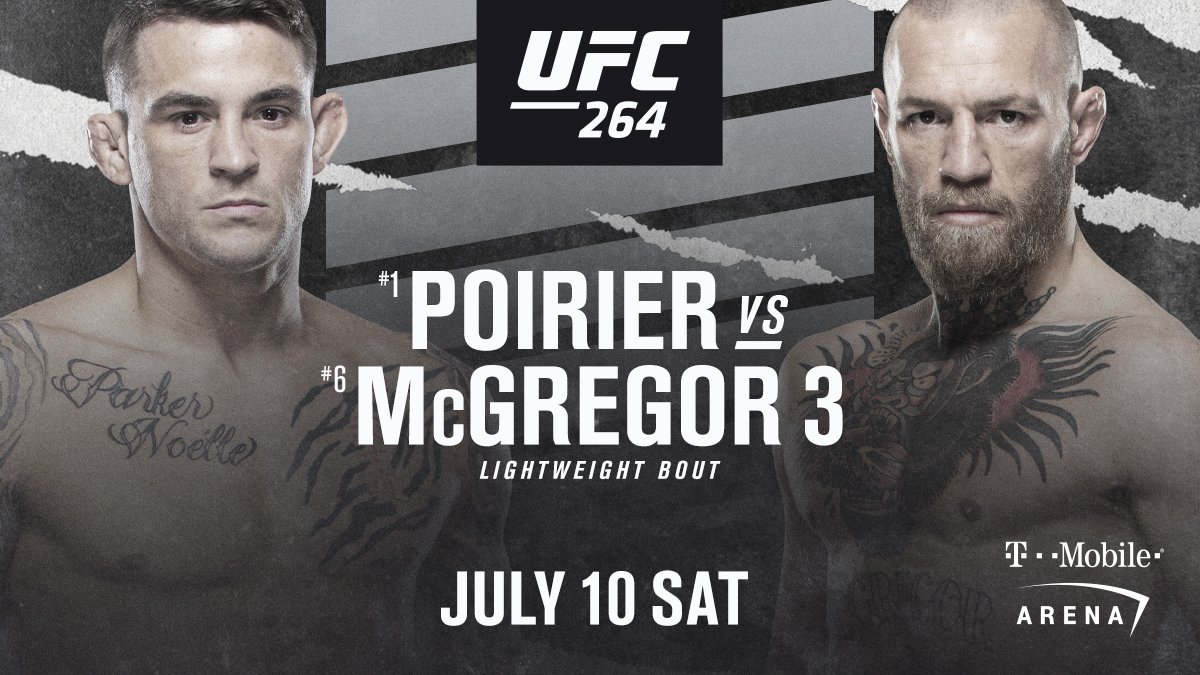