Robert Whittaker used superior footwork and striking to come away with a unanimous decision victory over Kelvin Gastelum at UFC Vegas 24 Saturday night.

A head kick by Whittaker (23-5-0) connected in the first round and put Gastelum (17-7-0, 1NC) on the defensive. The fight then moved to the ground with Whittaker in control.

Whittaker used more striking in the second round before Gastelum came back in the third round, giving back as much as he was taking but Whittaker stunned Gastelum late in the round.

The win was Whittaker’s third in a row and keeps him in the title shot conversation. The short notice loss is now Gastelum’s fourth in his last five bouts.

Whittaker and Gastelum earned Fight of the Night while Gerald Meerschaert and Tony Gravely earned performances of the night. Each fighter earned a $50,000 USD bonus.

Cashing in at #UFCVegas24 💰

Kenai Andrews checks in with his thoughts on the main card. But here’s Uncle Dana to fire everyone up first.

Putting on the pressure 👊 @ViolentBobRoss is letting him have it in this last round. #UFCVegas24 pic.twitter.com/MyZ22Y1BF6

Andrews: Back and forth fight, but Pena dictated the fight and the power shots of Munoz weren’t enough. A lot of ring rust on Pena.

Locks in his first UFC win 🔒

🇦🇺 Jacob Malkoun gets the UD at #UFCVegas24. pic.twitter.com/Dx7CAV1Xvb

Andrews: Disappointed in Alhassan he got taken down to the ground and wasn’t able to adjust. Good win for Malkoun.

Andrews: Disappointed in Sherman as he should have put 42 year old Arlovski away.

Andrews: Good performance by Cortez, but she did miss weight.

Andrews: Whittaker just looked better with his superior striking and footwork. It’s a good time to fight Adesanya as he looks vulnerable now with the loss to Blachowicz.

The next event is UFC 261, which takes place Saturday April 24 in front of a sold-out live crowd in Jacksonville Florida at the Vystar Veterans Memorial Arena. Kamaru Usman defends the welterweight title against Jorge Masvidal in the main event. 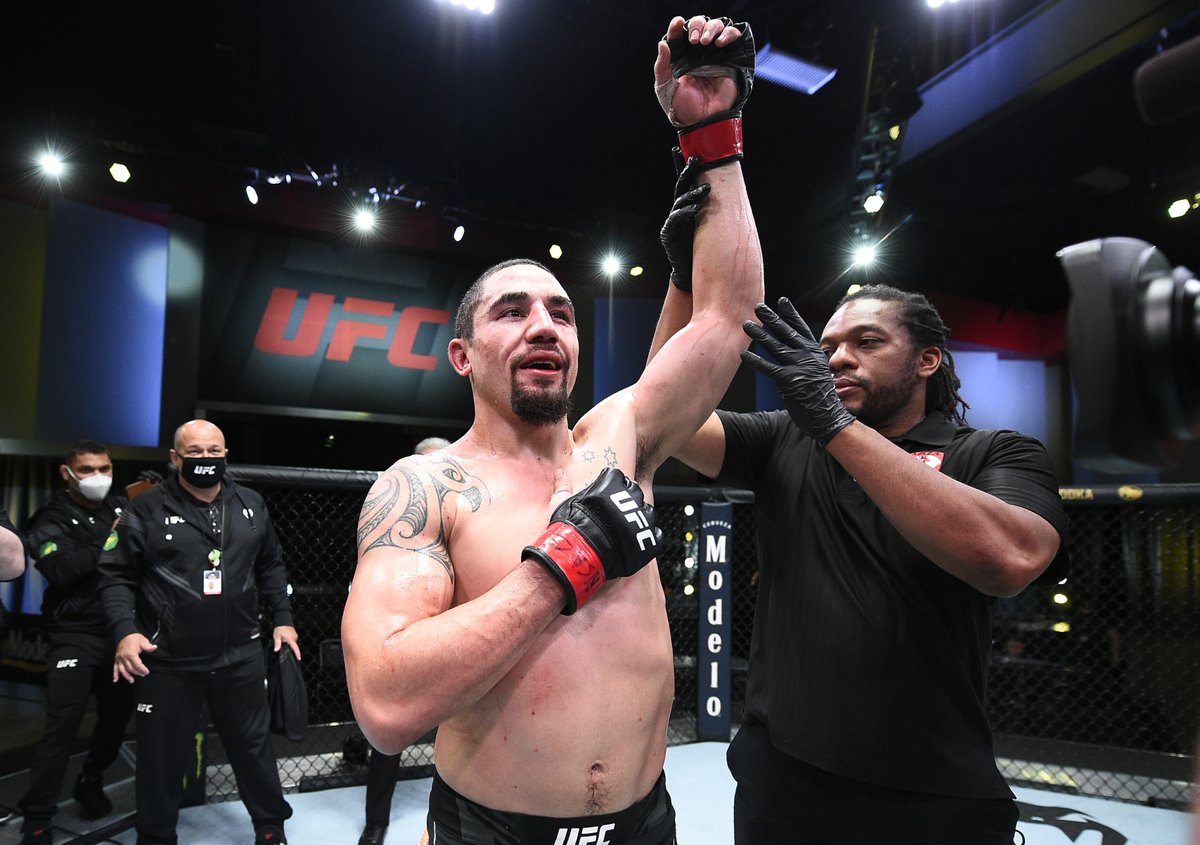