Due to coronavirus-related travel restrictions across North, Central, and particularly Argentina in South America, the IOC BTF decided to cancel the May qualification tournament that Bujold and other Pan-American boxers were training for.

The IOC BTF put out the following press release:

“In recent weeks, tighter travel restrictions and lockdowns have been implemented across the region, which have significantly disrupted international travel and pose logistical challenges to teams travelling to and from Buenos Aires, jeopardizing their ability to participate in the event.

Given the nature of the event as an Olympic qualifier which will award a large number of direct quota places for the Olympic Games Tokyo 2020, ensuring fair access and a safe environment for all athletes and officials is of the greatest importance.

Qualification will be determined via the BTF rankings. Bujold’s lack of BTF-ranked bouts combined with the the cancellation of last year’s schedule likely means an exception would have to be made as the tournament was her last chance. Unfortunately, the current situation in the region does not provide the assurances needed for these principles to be followed at the event scheduled in Buenos Aires.

For this reason, after a thorough assessment and consultations with teams, the BTF’s athlete ambassadors and boxing experts plus the Organising Committee, the BTF has decided to cancel the event and restructure the Tokyo 2020 qualification pathway for the Americas region.”

Argentina is currently experiencing a steep surge in COVID-19 cases, with the government closing schools and imposing curfews.

A total of 49 spots were originally set to be awarded at the tournament in Buenos Aires, 33 for men and 16 for women, which will be now be determined via the BTF rankings and section D.3 of the March 2021 Tokyo 2020 Qualification System for boxing.

There are an additional 13 spots that were to be determined at the global qualifier that will be addressed after the 49 spots are taken.

The European boxing qualifier will continue as scheduled in Paris from June 4-8.

The 11-time national flyweight champion took to social media to express her disappointment with the  news of the cancellation of the May 7 Olympic qualifiers in Argentina.

“This week we received news that my Olympic Qualifier scheduled for May 7th in Argentina has been cancelled and won’t be rescheduled,” she said on her Facebook account.

“I’m heartbroken at not having the opportunity to put my hard work on display. I’m frustrated that we’ve gone through the process of preparing for this event twice. I understand the need to cancel due to Covid concerns but that unfortunately doesn’t make this any easier.”

“At the end of the day, I will fight as long as their is an Olympics to fight for,” Bujold added. “I’m proud of how far I’ve come, how much I’ve grown, and of the amazing team we’ve created in the process. My goal of representing Canada at my second Olympic Games is now in the hands of the IOC. My hope is that they will look at my results throughout my career and make a fair decision despite my time away to have a child. Thanks to everyone for the ongoing support over the years!”

According to a Coast Reporter story, Bujold is currently considering legal action.

Boxing Canada has not officially commented on the tournament cancellation, simply posting the IOV BTF press release on their Facebook page.

Bujold placed fifth in the 2016 Olympic Games in Rio when she fought with an illness in her quarter-final bout upset loss against Chinese opponent Ren Cancan. 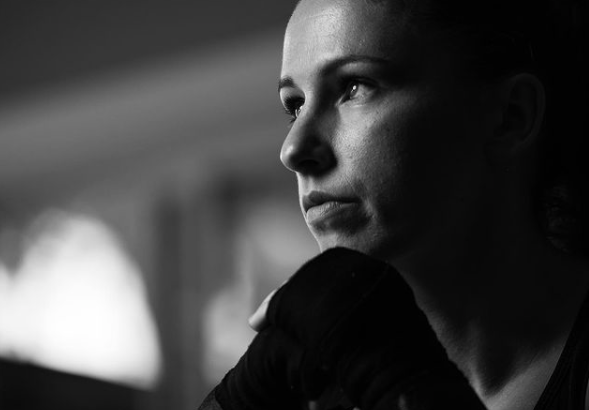