American John Lineker made a statement in the main event of ONE on TNT III Wednesday night.

Lineker (34-9-0) started early, stalking and softening up the taller Worthen’s head and body. He also stuffed a Worthen takedown, en route to a big straight right hand that floored “Pretty Boy” (7-2-0). A follow-up strike forced referee Mohamad Sulaiman to call the bout at 4:35.

The win was the third straight for Lineker in the ONE cage and one that champion Bibiano Fernandes had to be watching closely. Worthen, who took the fight on short notice, suffered  his second consecutive loss.

In the co-main event, No. 4 Japanese flyweight Yuya Wakamatsu (14-4-0) used his boxing skills to take a unanimous decision victory over No. 5 Australian grappler Reece McLaren (7-2-0).

The next event is ONE on TNT IV which is scheduled for Wednesday April 28 or April 29 in Asia. In the main event, ONE light heavyweight world champion Aung La N Sang from Myanmar defends his title against Russian Vitaly Bigdash in a rubber match.

@mmacrossfire
Follow
Previous articleRonda Rousey announces she is pregnant
Next articlePFL 1: Clay Collard holds on to spoil the debut of Anthony Pettis 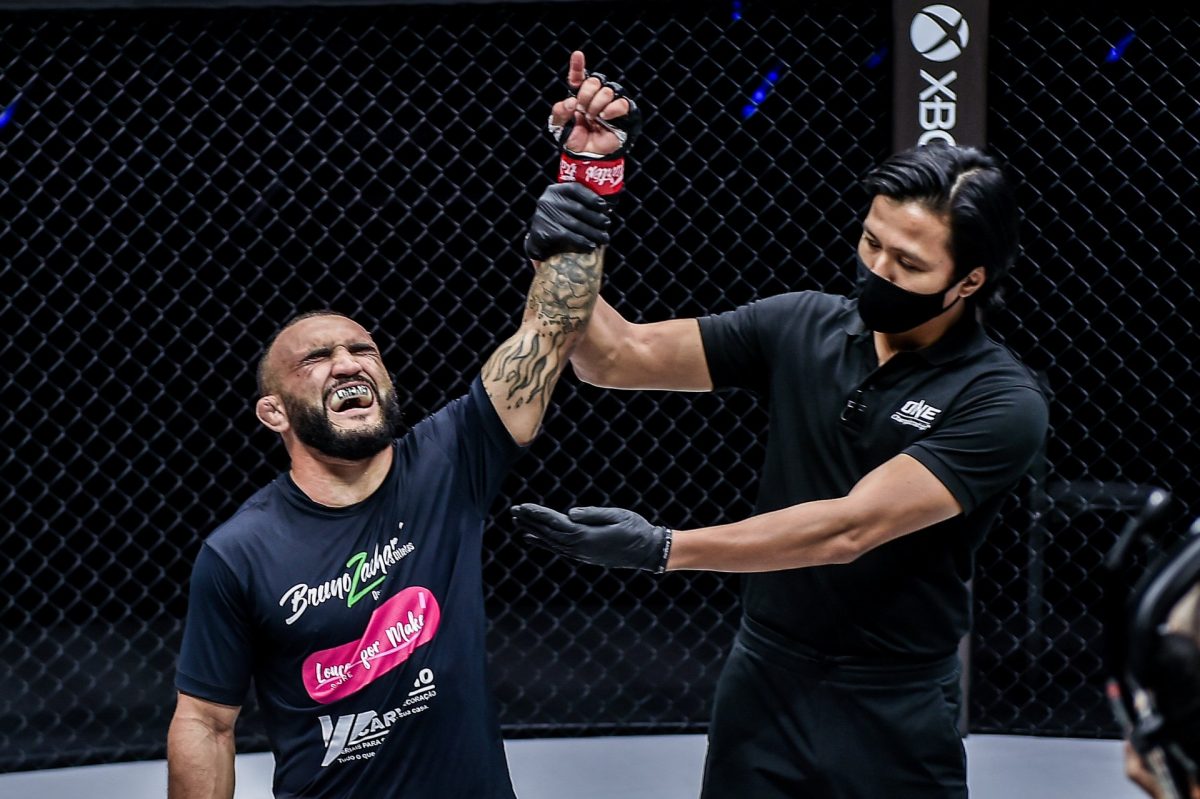