Next up: Colby Covington

Kamaru Usman put the stamp on a wild and incredible night of action in the main event of UFC 261 Saturday night in Jacksonville.

Usman (19-1-0) successfully defended his welterweight title with a knockout of Jorge Masvidal just over a minute into the second round. Masvidal (35-15-0) started out confident, using kicks and strikes to try and keep Usman from the outside. Usman stayed composed, chipping away with overhand rights and a takedown to sap some of the strength of Masvidal.

In the second round, Usman connected on an overhand right that sent Masvidal out on his feet before he crashed to the ground. Follow-up strikes forced referee Herb Dan to call the contest at 1:02.

Usman earned his 18th consecutive victory and has not lost since May 2013. He defended the belt for the fourth time and is now expected to rematch Colby Covington, who watched cage side, in his next fight.

Masvidal was gracious in defeat, explaining that he was not expecting the knockout power that he saw from Usman. “Gamebred” was finished for only the second time in his career.

Usman and Rose Namajunas earned performances of the night, while Jeff Molina and Qileng Aoir earned Fight of the Night. Each fighter earned a $50,000 USD bonus.

UFC president Dana White confirmed in the post-fight press conference that No. 1 contender Colby Covington will be next for Usman.

Andrews: Impressive display of footwork and power by Carnelossi to make it a dogfight and get the better of the taller Liang.

Andrews: Aori was winning this fight with his pressure and then suddenly Molina turned it around and Aori stopped defending, which was a huge mistake. Experience in the octagon is a valuable thing.

Andrews: Rong wasn’t spectacular, but I thought he did enough to win.

Andrews: Sabatini was younger one in this fight and it showed.

Andrews: Five seconds is a long time when you’re in a heel hook. Good win for Allen.

Andrews: The Body Snatcher got it, but just barely.

Andrews: Now the madness starts. Smith uses the calf kick to stop this one and halt Crute’s momentum. Good win.

Andrews: Wow! Uriah wins without throwing a single strike, and then after beating Anderson Silva, beats Chris Weidman, the guy to first beat Silva in the UFC, while Weidman breaks his leg like Silva did against him in their rematch. A speedy recovery to Weidman.

By the looks of it, ALWAYS WILL BE. #UFC261 pic.twitter.com/O81IhaxSY5

Andrews: I thought Andrade would be more durable, but total domination vy Valentina.

THUG ROSE IS BACK. #UFC261 pic.twitter.com/oBHQTJWykt

Andrews: Wow! Rose did it again. Joanna must have softened up Weili. 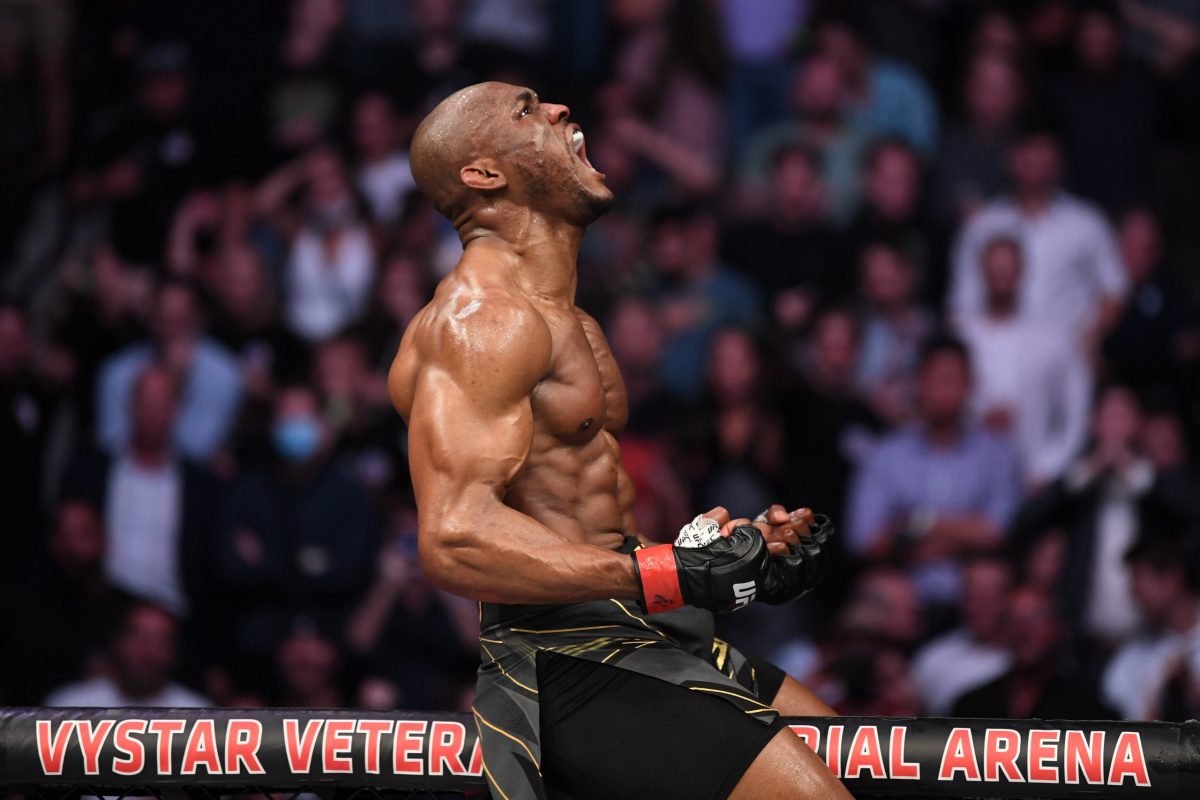