Panini America’s new partnership with the UFC appears to be off to a quick start.

According to Panini, the line will feature trading cards of the UFC’s biggest fights, milestones and moments “available just hours after they happen. These special cards will be available for a limited time and are made to order.

The Prizm series is Panini’s first series launch, with the Select (July), Chronicles (September) and Immaculate (December) lines slated to be released later this year. 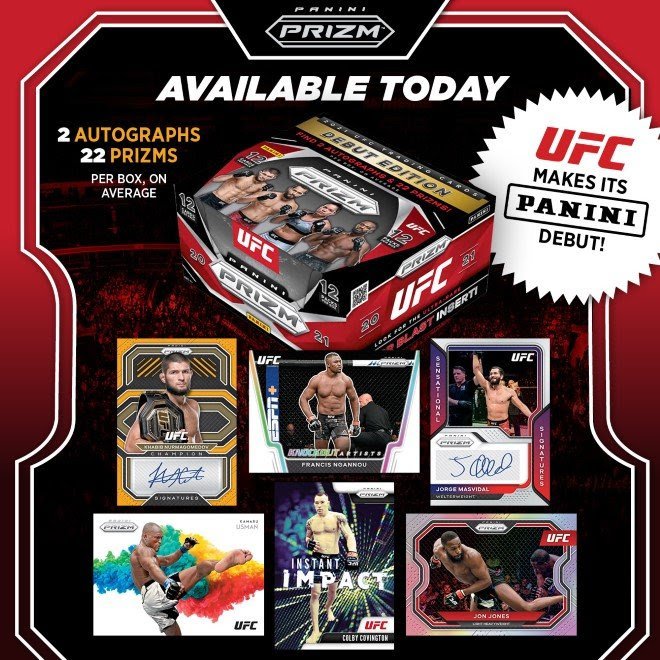