Jiri Prochazka made a statement in the main event of UFC on ESPN 23 Saturday night with a spectacular TKO victory over Dominic Reyes.

Prochazka (28-3-1) absorbed all of Reyes (12-3-0) shots in the first round and threw some of his own for good measure. In the second round Reyes tried unsuccessfully to get the guillotine choke and then out of nowhere Prochazka landed the spinning elbow to put the fight away at 4:29.

The win was Prochazka’s second consecutive in the octagon and it could launch him to.a quick title shot.

Make it 4️⃣ in a row! #UFCVegas25 pic.twitter.com/RSvxbXURvu

Andrews: Strickland settled in and methodically got the win.

We have a split draw from #UFCVegas25 🤝 pic.twitter.com/2MdETJS4LE

Andrews: Ion won the first round and Jacoby came on the rest of the way. Will they do it again?

Andrews: Wow! Giga did what he said he would do. Liver shot for the win.

Andrews: Impressive win. Jiri could get the title shot.

The next event is May 8 at the UFC Apex. Cory Sandhagen battles former bantamweight champion T.J. Dillashaw in the main event. 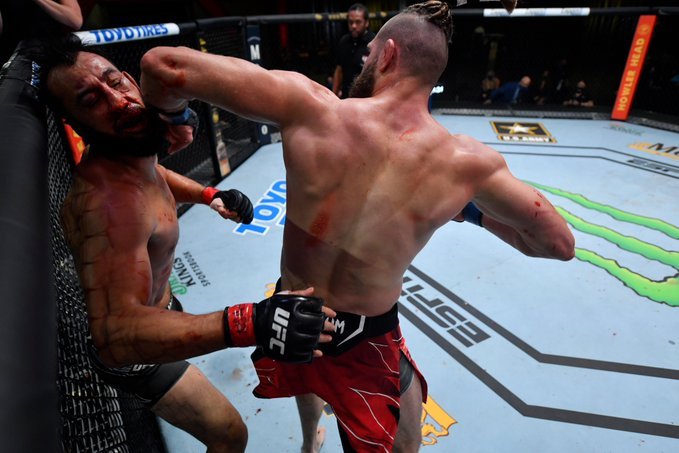