Andrews: Korean Zombie returns to take on Dan Ige at UFC on ESPN+ 48

A lot at stake for both fighters

The UFC confirmed on Sunday that “The Korean Zombie” Chan Sung Jung will meet Dan “50K” Ige at UFC on ESPN+48 in June.

There is plenty going on in terms of the latest about the UFC, and this confirmation for the company’s June 19 event is no different.

Sung Jung (16-6-0), 34, is a former title contender looking to re-enter the conversation and protect his No. 4 ranking with a big win. He lost an eliminator bout to current contender Brian Ortega at UFC on ESPN+ 38 in October 2020, which snapped a two-fight win streak.

The Hawaiian stopped feisty Canadian Gavin Tucker in his last bout and has seven wins in his last eight contests. But now he needs to win the big ones, starting with this one.

This contest is expected to be the main event.

UFC on ESPN+ 48 is scheduled for June 19 at a venue to be determined. 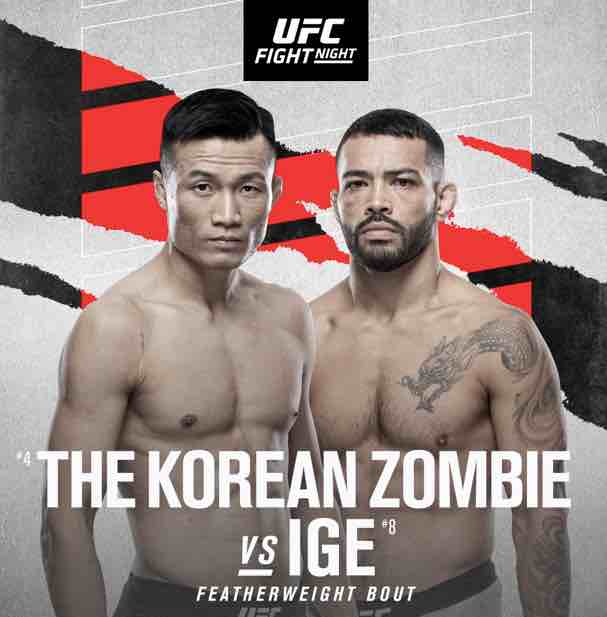 Andrews: Korean Zombie returns to take on Dan Ige at UFC on ESPN+ 48 is highly popular post having 72 Facebook shares
Share with your friends
Powered by ESSB