Georges St-Pierre honoured with life-sized statue by his hometown of Saint-Isidore, Quebec

'I really hope it will inspire many generations to come ...'

Today is a special day in Georges St-Pierre’s hometown of Saint-Isidore, Quebec.

Saint-Isidore honoured GSP today by unveiling a life-sized statue of him, complete with a biography section called “Place GSP” that explains important facts about his career.

“I’ve been inducted in the hall of fame but this event today, with this monument, it’s probably the most important thing that I ever had in my entire career,” St-Pierre said at the ceremony.

A three-time former UFC welterweight champion, St-Pierre was inducted into the modern wing of the UFC Hall of Fame in May 2020. 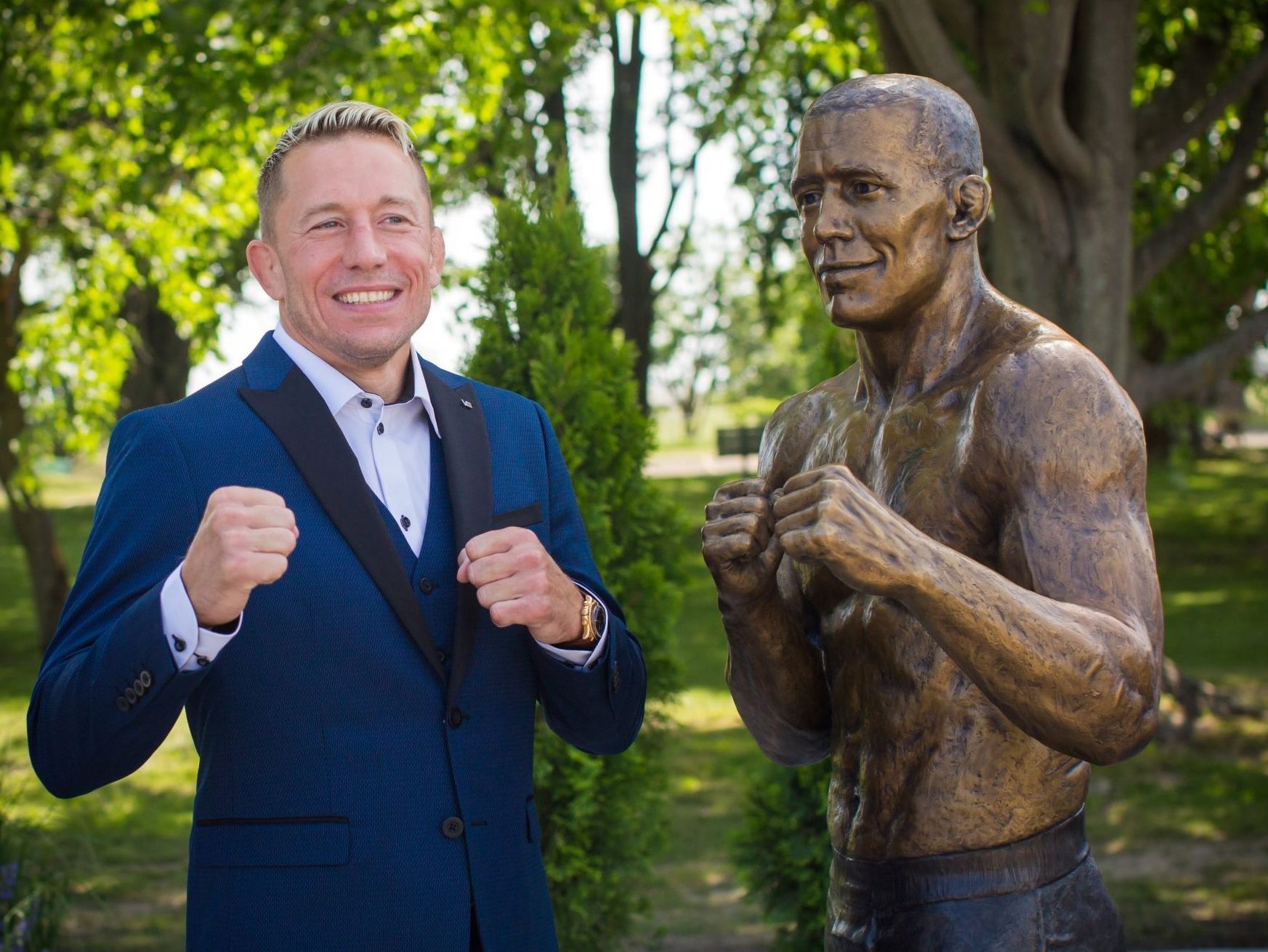 Georges St-Pierre honoured with life-sized statue by his hometown of Saint-Isidore, Quebec is highly popular post having 163 Facebook shares
Share with your friends
Powered by ESSB