The UFC is back at the Apex in Las Vegas as featherweights Chang Sung Jung and Dan Ige throw down in the main event.

We got a featherweight banger headlining one exciting card 🍿

Prelims kick off at 4pmET on ESPN2 & @ESPNPlus!

Andrews: Brown is 40 years old here. Lima should be able to outlast him on paper and atone for his last fight, but doesn’t perform well against good competition.

Andrews: Turman has lost two of his last three bouts but Silva is returning from a two year suspension from USADA. Turman should be sharper, at least on paper.

Andrews: I like Erosa’s style and aggressiveness. They should overcome the relatively cautious Choi.

Ready for the rematch 😤

Andrews: Vera is still in the rankings but Grant is a good challenge but older at 35. I think Vera will outlast him.

A heavyweight clash coming at ya 💥

Andrews: Oleinik is still rumbling but is slowing down. Spivak needs to connect early and often here and keep it on the feet.

The featherweight 5️⃣-rounder we're ready for 🤩

Andrews: Korean Zombie will be Ige’s biggest opponent. This is almost 50-50 but I will with the upset and Dan Ige to steal the thunder after some early trouble. 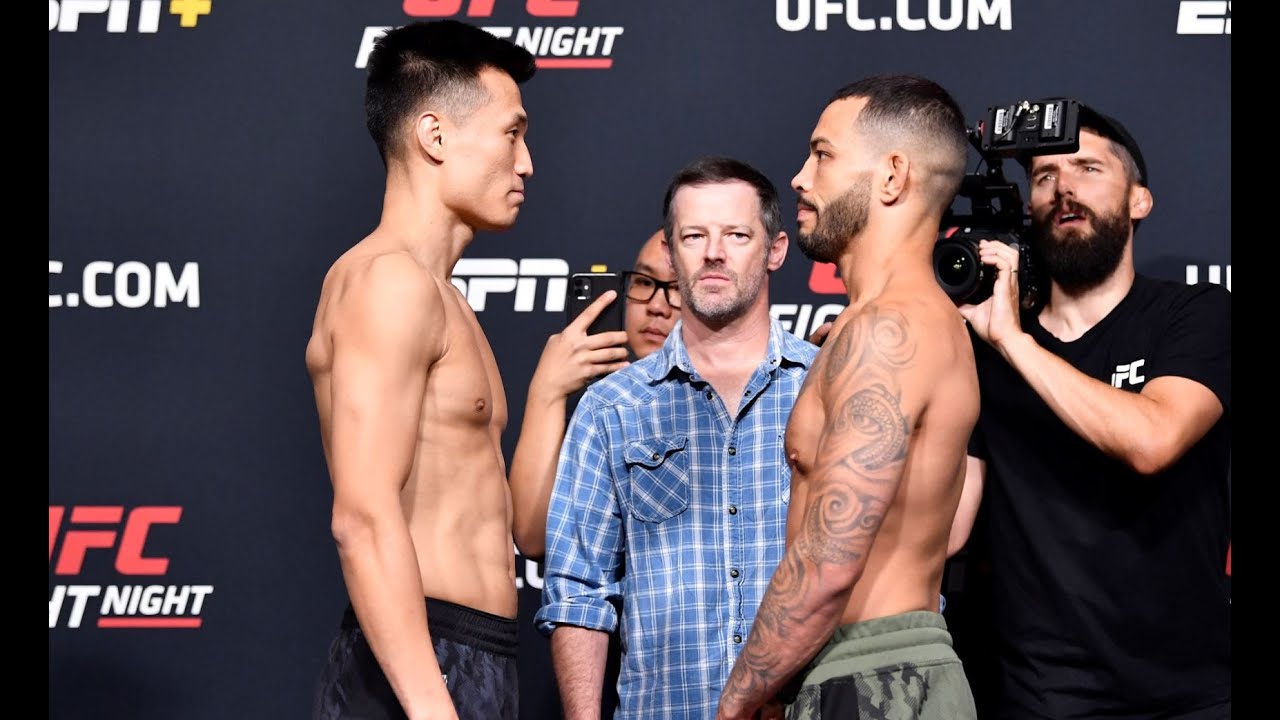