UFC fighter pay once again in the spotlight

The Paul brothers continue to find new and effective ways of bringing UFC fighter pay to the forefront, this time by donating to UFC women’s flyweight Sarah Alper.

Jake Paul and the Triller Fight Club donated $5,000 USD and $25,000 USD amounts respectively to Alper’s GoFundMe campaign, which was started last Friday to raise funds for training and related expenses.

A post shared by Sarah “Too Sweet” Alpar (@toosweetalpar)

The $30,000 USD goal was reached earlier today, in large part to Paul and Triller’s donations.

Triller Fight Club claims they were the one who donated $25K to Sarah Alpar’s (@TOOSWEET_Alpar) Go Fund Me in which they say “It’s sad to see such talented fighters making less than the UFC ring/round card girls” #UFC pic.twitter.com/nkdfjdcBF5

“We are honored to help Sarah as she continues her march towards becoming a world champion,” Triller boxing chief officer Peter Kahn tweeted. “Sarah and many underpaid UFC fighters are starting at a disadvantage when they have to work multiple other jobs while putting their bodies and brains through the most rigorous training one could imagine. It’s sad to see such talented fighters making less than the UFC ring/round card girls.”

White has shaken off the criticism, levelling his own recently at Triller at the UFC 262 post-fight press conference. He also reportedly nixed a Triller fight between Georges St-Pierre and former boxing champion Oscar De La Hoya as GSP remains under contract with the UFC despite having retired from MMA in 2017. 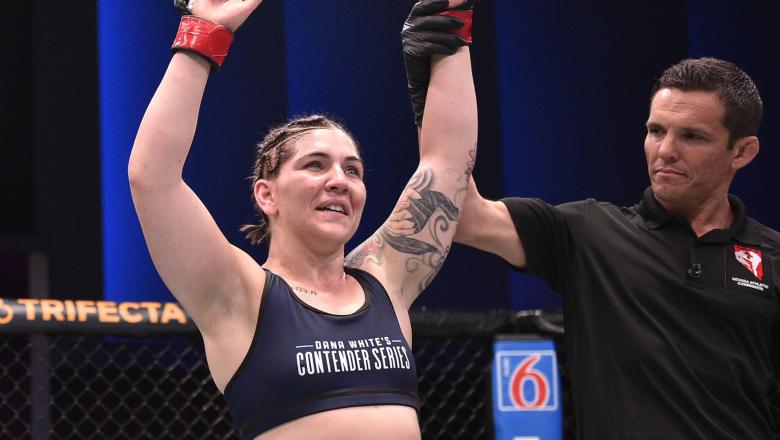