Another McGregor pay-per-view cashes in once again

The numbers are in and it confirms a successful night all around for the UFC and ESPN.

According to Dana White at the UFC 264 post-fight press conference and a tweet earlier today from the Sports Business Journal, UFC 264 had approximately 1.8 million buys, 500,000 of which were international orders, which leaves a 1.3 million domestic take.

UFC ratings notes:
PPV buys came over just under 1.8 million globally. Dana White said as much at the post event press conference.
I'm told that 500,000 of those buys came from international, which means ESPN+ logged around 1.3 million buys.

That puts it behind UFC 229, which featured Khabib Nurmagomedov and Conor McGregor in November 2018 and just ahead of the Poirier vs. McGregor 2 at UFC 257 in January, which had 1.6 million buys.

ESPN averaged 1.615 million viewers for the prelim fights (8-10pm). That’s 11% better than ESPN’s most recent UFC PPV Prelim with Conor McGregor in January (1.454 million viewers). It was ESPN's most viewed program of the day on Saturday.

Poirier (28-6-0, 1NC) defeated McGregor at UFC 264 via doctor’s stoppage after a McGregor broken ankle forced his retirement after the first round.

In the US that's a mil over their ESPN+ threshold, so an extra $35-40m on top of their ESPN guarantee. UK PPVs lower the inter'll average but that would still probably add another $15m there. Throw in gate & other non contracted revenues & UFC 264 probably did almost $100m total. https://t.co/rcQ7MLenNO

The company’s next pay-per-view event UFC 265, is scheduled for Aug. 7 at the Toyota Center in Houston, Texas. Derrick Lewis battles Ciryl Gane in the main event for the interim heavyweight title. 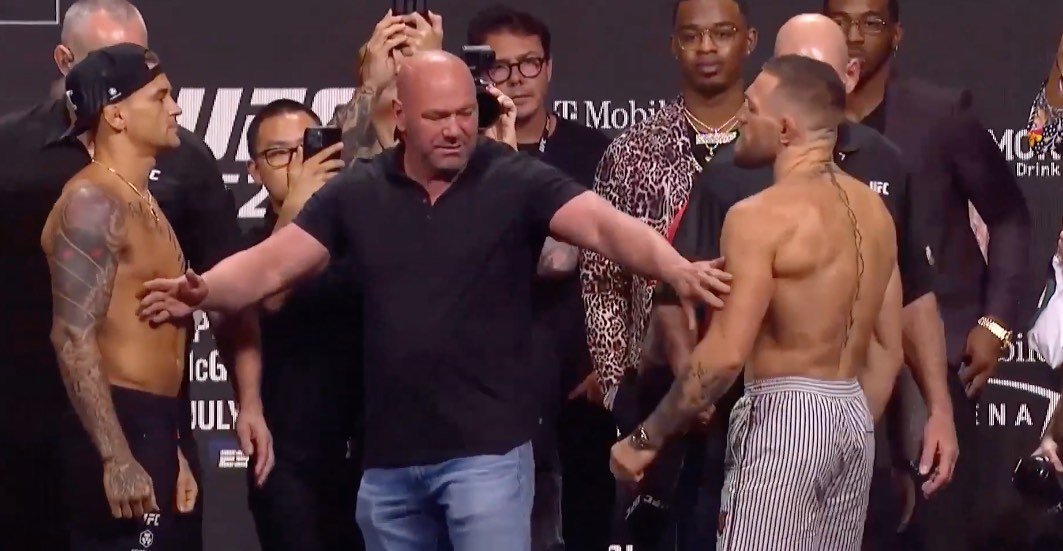