Fight fans and gamers will want to mark Aug. 11 on the calendar.

Cormier, Moreno, and “Hungrybox” will compete against each other in the game EA Sports UFC 4 in round robin format using their own characters, playing at the Syndicate MMA Gym in Las Vegas.

“Bringing together Monster Energy’s fighters and gamers has been a great way to showcase the broad talent we have in the Monster Energy Family,” Monster Energy CMO Dan McHugh said in a press release. “We have a special niche in the world of gaming and athletics that allows us to create these unique crossover streams to our fans and spread awareness of the greatness within Monster Energy across so many different cultures and interests.”

Another live stream is being planned by Monster Energy and APEX Legend’s partnership or this fall, which will feature fighters, skaters, and more. 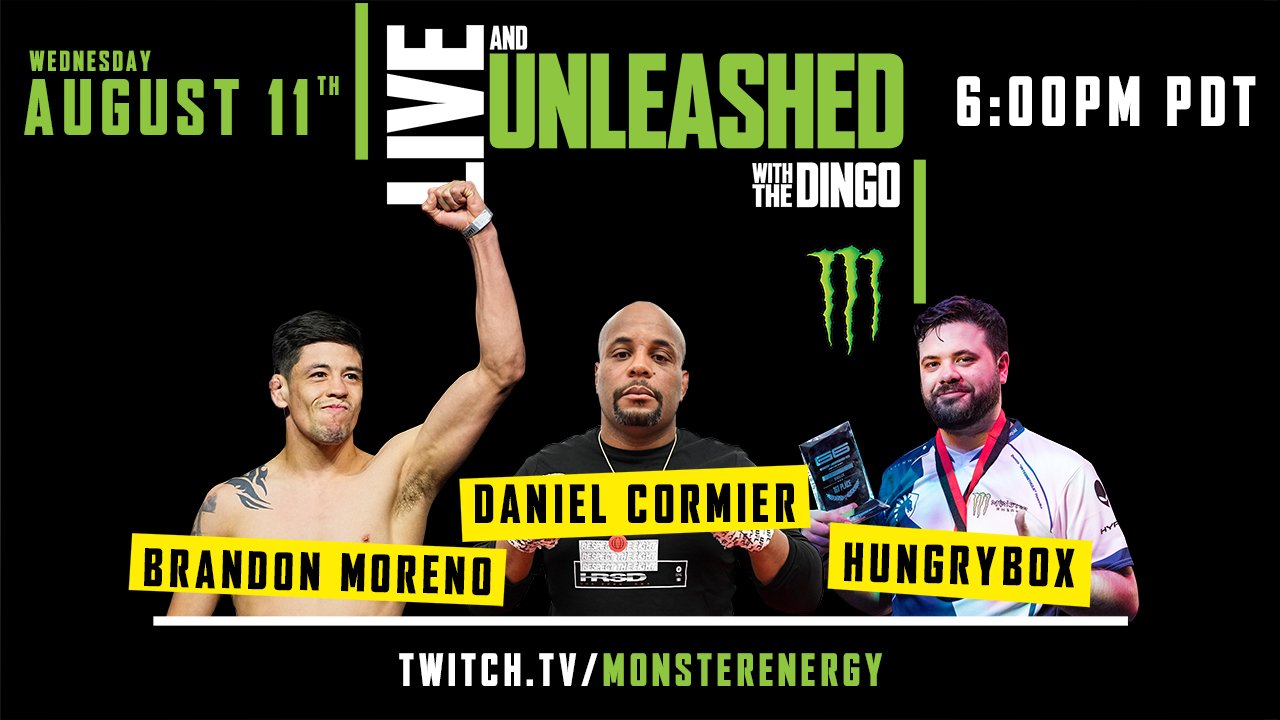