'This is only the beginning'

The Tokyo 2020 Games were a learning experience for the Canadian boxing team but middleweight boxer Tammara Thibeault is confident it will help her prepare for the 2024 Games in Paris.

Thibeault, 24, took to her Instagram page to share her reflections in Tokyo, focusing mostly  on the positive aspects while pledging to be better prepared for the 2024 Games in Paris.

Thibeault in her Olympic debut reached the quarterfinals, losing to Nouchka Fontijn of the Netherlands.

While it may be reasonable to be optimistic about Thibeault’s progression and the Canadian boxing team collectively, it is also a fact that despite Canada’s record haul in Tokyo, the boxing team was not able to contribute a single medal.

The team’s biggest medal hope, 11-time flyweight national champion Mandy Bujold, lost her opening round bout and had to launch a precedent legal battle against the IOC to even qualify.

Men’s welterweight Wyatt Sanford, the lone male on the team, lost his opening debut bout to Merven Clair of Mauritius.

Women’s featherweight Caroline Veyre made it to the quarterfinals, while women’s welterweight Myriam Da Silva was defeated in the Round of 16.

The last Canadian Olympic boxing podium finish was a silver medal earned by David Defiagbon at the Atlanta Games in 1996, 25 years ago.

But many Canadian boxing fans point to Thibeault’s raw talent, her debut Tokyo performance, positive attitude and motivation, and her expected continued development as a key component to Canada’s return to Olympic boxing glory.

Thibeault seems ready to accept the challenge that beckons in London.

“This is just the beginning.” 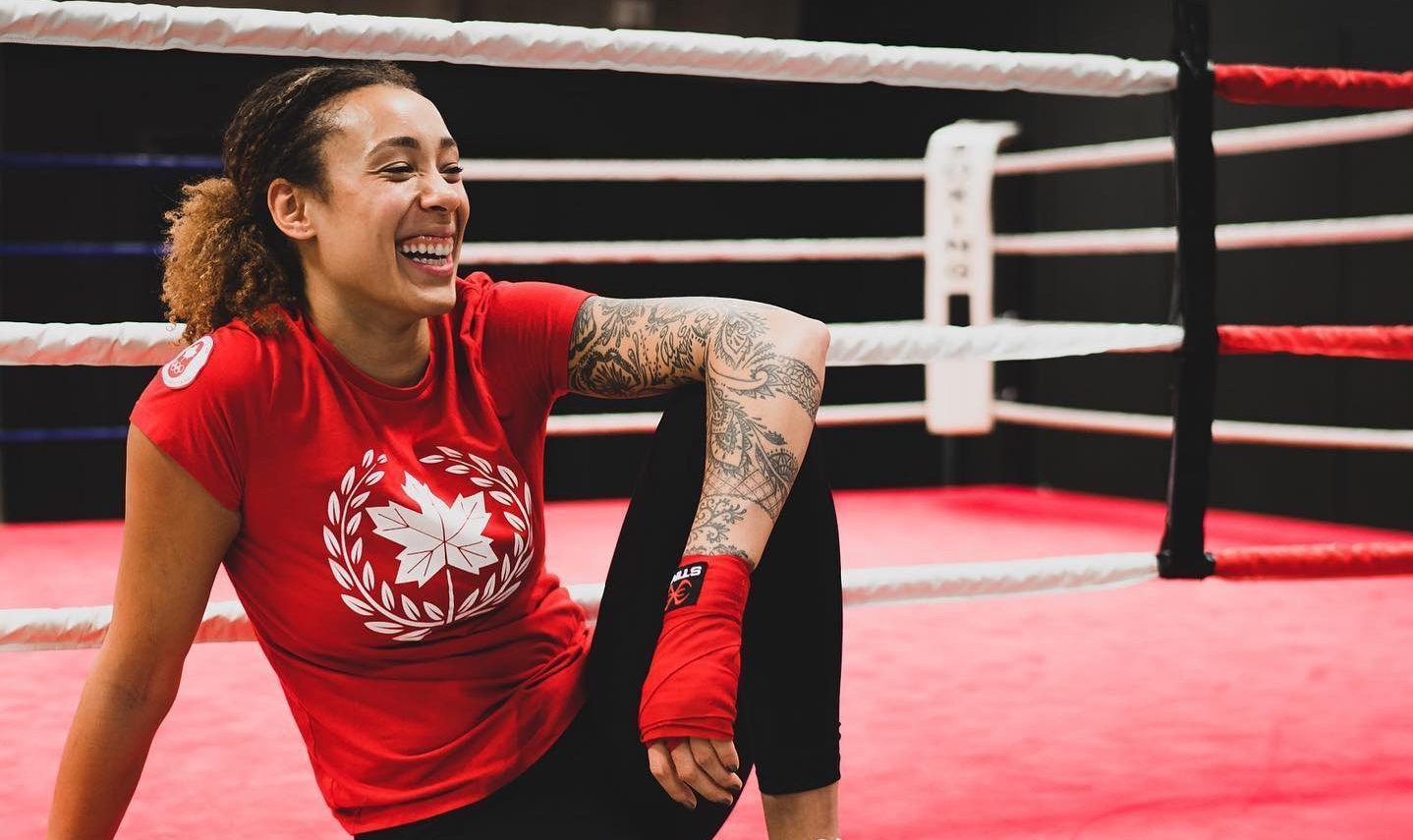