It’s sad to see our champions not look the way we are accustom to seeing them look in the ring. As a fan of the sport, it’s sad, but it comes with the territory if you stay around long enough. I hope Manny does what’s best for him and his family. Respect.

Pacquiao, 42, wilted and was caught flat-footed under the strength and activity of Ugas. He was returning to the ring since defeating Keith Thurman by split-decision in July 2019. He was non-committal in the post-fight interview to retirement.

Love both fighters… but Ugas won that fight. Congrats

The Philippines election is scheduled to open in May 2022 and Pacquiao is expected to run for president.

In the meantime, Ugas is expected to pursue unifying the welterweight title with the man he replaced, WBC and IBF champion Errol Spence, who bowed out of the contest with an eye injury. 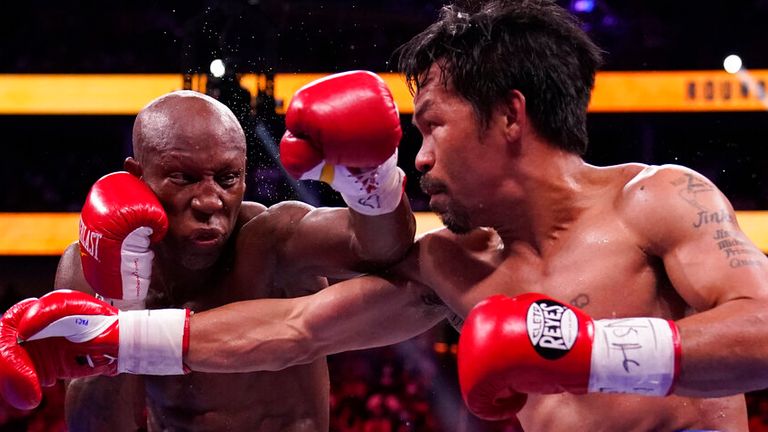