ONE Championship’s first all-female card will pack together a strawweight title defence and the atomweight grand prix quarterfinals.

In the main event, strawweight world champion Xiong Jing Nan will defend against No. 2 Michelle Nicolini.

Nicolini (6-2-0), 39, comes into the fight as the underdog at 39 years old who hasn’t fought since July 2019, but it was a convincing win over atomweight champion Angela Lee. She is also a 13-time BJJ world champion and will look to take the fight to the ground to shock the world.

The atomweight World Grand Prix tournament quarterfinals will feature four bouts with the winners moving on to the semi-finals to determine the number one contender for Angela Lee’s title.

The quarterfinal matchups include:

This is a rematch going back to ONE: A New Breed in August 2020 when the heavily favoured Fairtex lost via a last-gasp armbar submission attempt by Rassohyna. Fairtex is looking to atone for that bout while Rassohyna wants to prove it wasn’t a fluke.

Hirata is the undefeated Japanese prodigy who will take on the American Invicta FC alum in Anderson.

Phogat was eliminated in a controversial loss to Bi Nguyen in the atomweight World Grand Prix qualifier. Look at the shock on Phogat’s face as the decision was announced in the video above. She was reinstated after a win over Li Hequin at ONE: Battleground and takes on tough Chinese opponent Meng Bo. 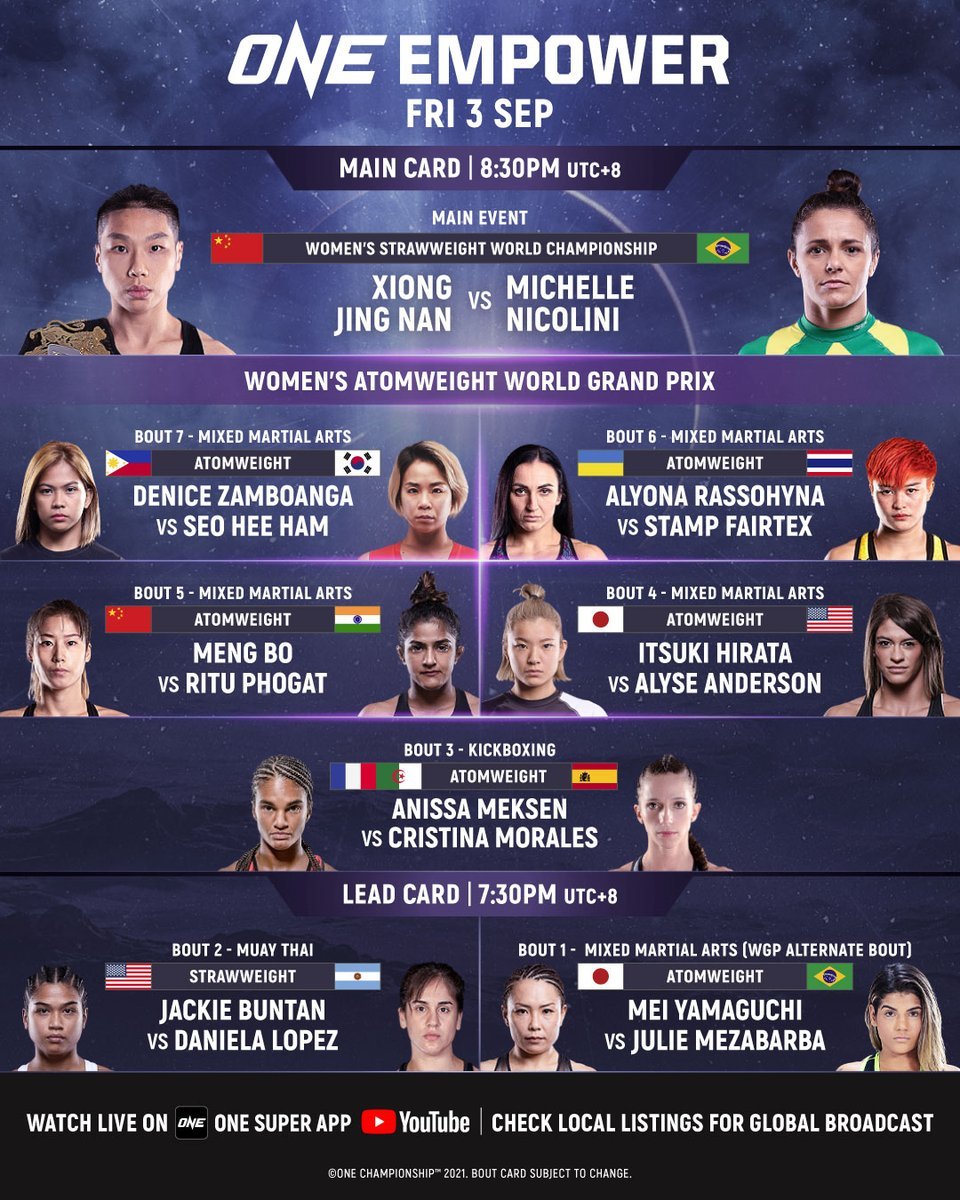 ONE: Empower takes place Sept. 3 at the Singapore Indoor Stadium. Fans can watch live on the ONE Championship’s YouTube channel or through the company’s ONE Super App.