For those keeping score, the event was moved to the Seminole Hard Rock Resort & Casino in Hollywood, Florida from the Staples Center in Los Angeles as Oscar De La Hoya pulled out with COVID-19.

There has been a lot of comments on Holyfield’s media workout in which he looked slow to some critics. Probably none more notably than former UFC fighter turned broadcaster Michael Bisping.

Fighters by nature are brave, that’s why managers, coaches and commissions are there to protect them from themselves. This fight shouldn’t be happening. https://t.co/zENGOV5dlo

Holyfield has said in interviews that he has been training for a long time previous to the event and because of the fact that he takes care of himself, he can take this kind of risk at 58 years old. He intends to go in there and do his best.

It should be noted that both fighters are licensed to fight in the state of Florida.

Oddsmaker MyBookie is weighing in with some interesting odds on the fights and former President Trump, who is scheduled to appear at the card.

Editor’s Note: Odds are accurate at time of posting and are subject to change before event. Visit MyBookie for latest information.

Who Will bleed First?

There are also some bets available on Trump:

Which family will Trump mention more during the broadcast?

How many times will Trump say “Fake News?’

How many times will Trump say “China?’

Will Trump announce he is running for the 2024 presidency during the broadcast?

Which topic will Trump mention first?

How Many Times will Trump say ‘Great?’

What color tie will Trump have on during broadcast?

Will Melania Trump be shown on the broadcast?

Will Trump curse on the broadcast?

Ante up, Ladies and Gentlemen.

Andrews: A close fight. Vences is the bigger fighter. He can win if he utilizes the jab the way Maxi Hughes did against Jono, but I’m not sure if he can do that. Carroll is the southpaw, has fought better competition and his footwork and ability to fight on the inside gets him the decision.

Andrews: This fight was made over a simple argument between friends. Fournier, a successful English businessman and now boxer will fight the best name so far and at a disadvantage to the experience of his colleague. This is youth vs. experience Haye at 40 years old still has enough to get it done.

Andrews: Silva’s upset win over Julio Cesar Chavez Jr. surprised many and I think he has the advantage welcoming the former UFC light heavyweight champion. The weight cut to 195 will take some starch out of Oriz too.

Andrews: Holyfield obviously has the experience advantage but he hasn’t fought in over 10 years. Does he have enough left in the tank at 58 to fend off Belfort? I I think the activity of Belfort gets the decision. 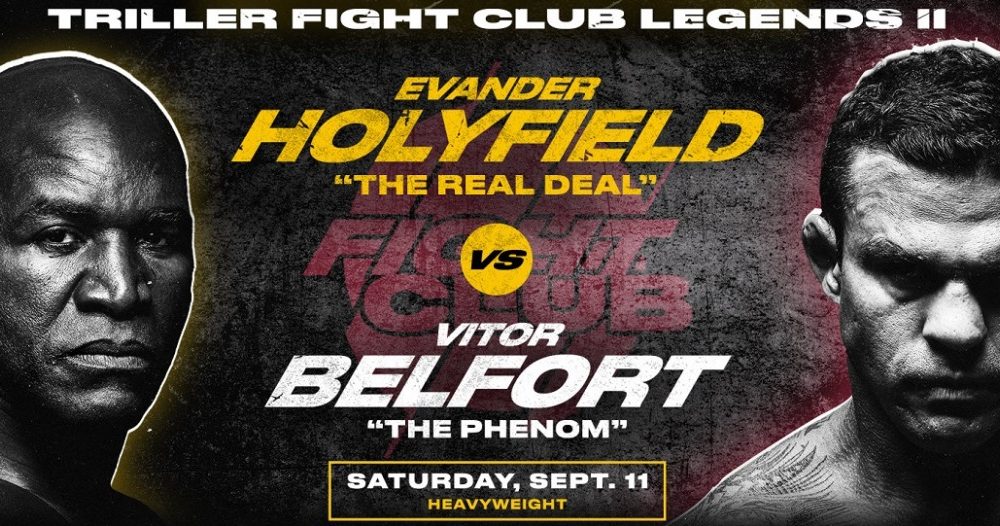