The fight was contested at light heavyweight after Costa came in unable to make the initial middleweight arrangement. Vettori was expected to take the fight to the ground but held his own on the feet, using flurries of strikes and kicks to the body to help take some of the starch out of Costa early.

The Italian Dream turning up the pace in round 1#UFCVegas41 @MarvinVettori pic.twitter.com/xFck9C0GU6

Costa seemed winded in the second round but used a big headkick to Vettori to back up Vettori. But Vettori dug deep and overcame a late surge by Costa in the fifth round to take a 48-46, 48-46, 48-46 decision.

In the post-fight interview, Vettori acknowledged the toughness of Costa but slammed him for not making weight.

UFC president Dana White praised Vettori for taking the fight and Costa for performing in the octagon. Costa will now have to fight at light heavyweight, according to White.

With the win, Vettori jumps back into the title shot conversation, although he will probably need at least one more big win to earn another title shot. White agreed with reporters that the winner of Jared Cannonier vs. Derek Brunson will probably be the priority for the next middleweight title shot as champion Israel Adesanya is expected to rematch former champion Robert Whittaker in February 2022.

Both men battled through adversity on their ways to victory! 🙌

Vettori, and Alex Caceres earned performance of the night, while Gregory Rodrigues vs. Jun Yong Park earned Fight of the Night. Each fighter earned a $50,000 USD bonus.

Every second was action PACKED 🔥

This one is already over as Negumereanu ends it quick! #UFCVegas41 pic.twitter.com/4hKJtDbSLw

Andrews: I was not expecting Nicolae to end it that quick. Good job.

A change in momentum in the 2nd!

Andrews: You have put Trinaldo away early it seems or he gets stronger.

BRUCE LEEROY with a vintage performance 🙌@BruceLeeroyGlow sinks in the choke! #UFCVegas41 pic.twitter.com/IxBX2RwtCW

Andrews: Caceres overcame the illegal knee but was fortunate to take advantage of the position as Choi was doing well.

Andrews: Clark did her thing.

A late submission attempt for Glenn, but Dawson is giving thumbs up til the end 👍👍👍 #UFCVegas41 pic.twitter.com/PQ0uuzKH82

Andrews: Glenn almost got the tap at the end. Good fight.

These guys are letting it fly in the 4th! #UFCVegas41 pic.twitter.com/AzGJVUI80b

Andrews: Vettori backed up his words except for the knockout. His stock has risen.

The next UFC event is UFC 267, which is scheduled for Oct. 30 at Fight Island in Abu Dhabi. 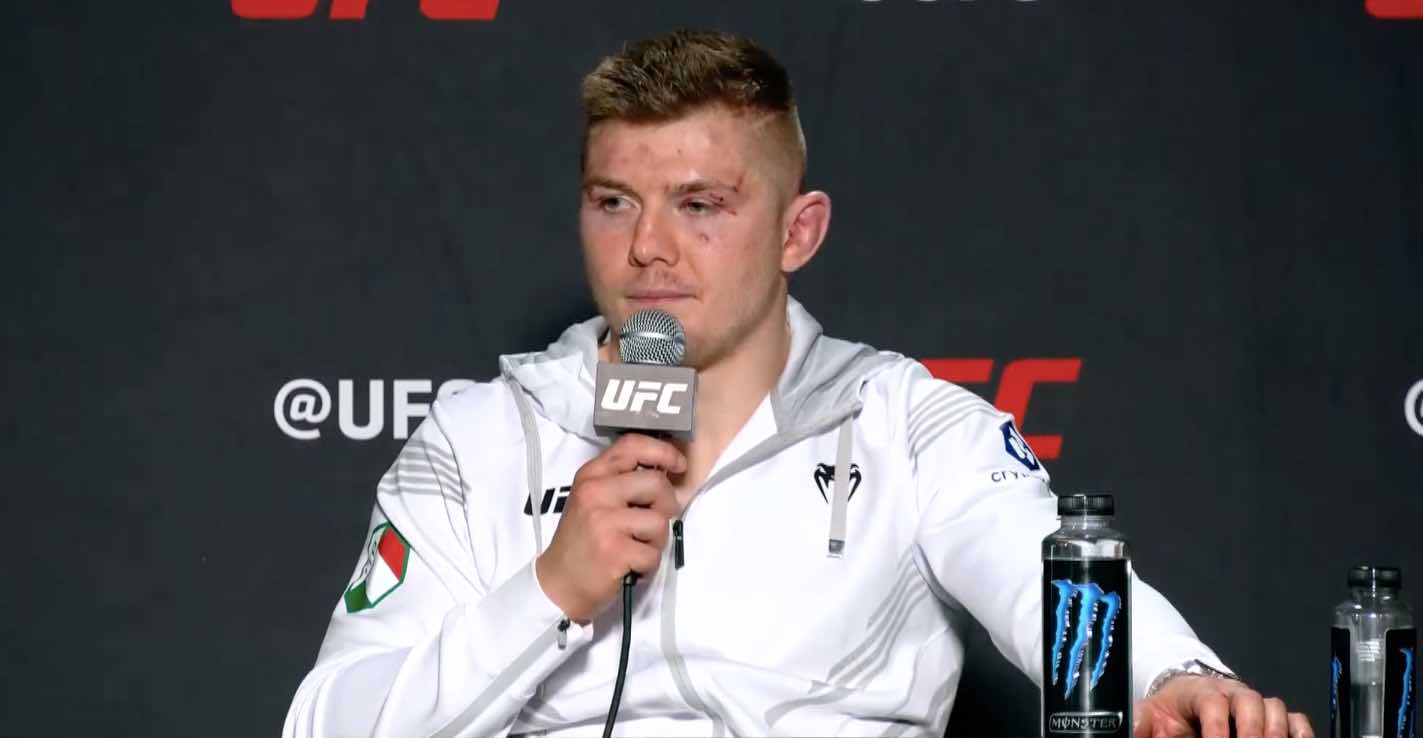