The Sadness director Rob Jabbaz opens up on Halloween memories

Halloween can be a fun excuse to watch scary movies and eat candy, but Oct. 31 is something special to The Sadness director Rob Jabbaz.

Growing up with two younger sisters in Mississauga, Ontario, Jabbaz enjoyed one of the best two-for-one deals a child could enjoy.

“Halloween is my birthday,” Jabbaz explained to MMA Crossfire on the phone during a  stopover in Burlington. “I’m a special case because I associate Halloween with singular attention and a special sort of emphasis on communal love. The Halloween party was also kind of my birthday party, so it all felt kind of like it was for me. I became sort of like a megalomaniac when it came to Halloween.

“Even in the neighbourhood some of the local kids and parents would know it was my birthday so they would give me the bigger O-Henry, like the full-size one,” Jabbaz continued. “So I felt like a VIP on Halloween. I think that helped to give me a good relationship with Halloween stuff, because around Halloween is when all the TV stations play all the scary movies and stuff. Everyone’s doing their 31 Days of Halloween on TV. All that imagery and all those movies I associate with my birthday and being paid attention to more than the rest of the year. Maybe that’s why I pursued a career with the macabre.”

Jabbaz is not kidding around. It’s no secret he is a big movie and in particular, horror movie fan. The Fly, the 1986 remake starring Jeff Goldblum remains his standard, as well as the third edition of the A Nightmare on Elm Street series.

A self-taught animator who has developed several animated films abroad in Taiwan, Jabbaz created a splash there with his first feature film, The Sadness. 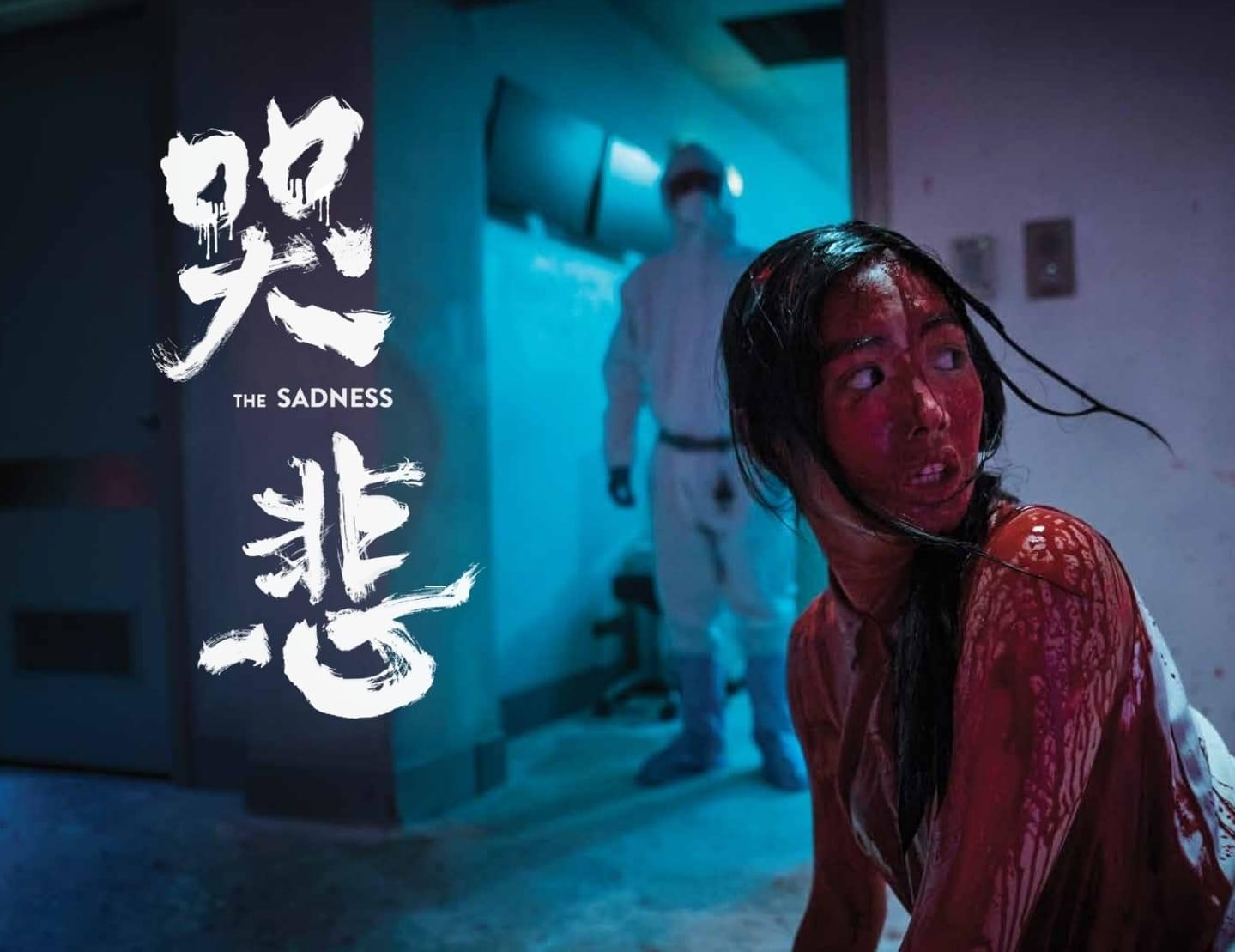 Starring Berant Zhu, Regina Lei, and Tzu-Chiang Wang, the film has been racking up awards on the film festival circuit, creating a buzz with its back-to-the-future take on the horror genre.

“I’ve been told by a few people that the film really reminded them of category-3 films made in Hong Kong during the 1990s,” Jabbaz said.”I’d say that those films are kind of interesting because they are very violent and vulgar but also with some streak of goofy, Three Stooges-style comedy in them as well. It’s weird because you get some graphic and sexual violence, but also cruelty towards children and elders, really reprehensible stuff, but it’s also not taken seriously. A really weird vibe. It puts the audience in a morally uncomfortable spot, like how am I supposed to feel about this sh*t?”

The film is not yet available for release in North America. So, at The Crossfire’s request, Jabbaz lined up five movies to help readers get acclimated for The Sadness.

“I would recommend anything directed by Herman Yau,” Jabbaz said thoughtfully. “The three big ones for him are, The Untold Story, The Ebola Syndrome, and also Taxi Hunter. The thing about these movies is that they just didn’t care at all about the moral conventions about what’s right or wrong or decent or whatever. They just went as far as they could with a lot of stuff.”

Rounding out the list are Return of the Living Dead, from 1985 and A Nightmare of Elm Street III: The Dream Warriors.

“I was in love with it when I finished it,” Jabbaz said. “I thought I had made something unique but all of its power and the engine that drives it forward all comes from my experience with older films from the 1980s and 1990s. Taking that sensibility of means and emphasis on gore, that any of the characters can die, nothing is sacred, which I don’t think is fashionable anymore. It was tapping into an older horror sensibility without actually making a throwback.”

It’s an action horror that has the most action and the most horror. It doesn’t cheat the audience.

“I know why I go to films and I know why my perceived audience of The Sadness is coming to see my film,” Jabbaz added. “I just want to give you guys all the good stuff. I want the bone to be full of meat and very little fat. I want a plot to be there but only enough so that you know what needs to happen next. People have picked up on that.”

In short, it’s worth noting that The Sadness is for better or for worse, a pandemic movie that had to physically deal with the COVID-19 pandemic, but as Jabbaz carefully noted, the film was written in May 2020 – before the politics of COVID took shape.

Jabbaz embraces and shakes off the politics with the exuberance of a Canada goose. “They’re charging the film themselves. They’re bringing their own batteries,” he said casually.

But Halloween memories would not be complete without the costumes. As you’ve probably guessed by now, they were very important to Jabbaz.

“I changed it up all the time,” Jabbaz confirmed. “I used to take it very seriously. I used to spend weeks on my Halloween costume. In my twenties in college, I spent a lot of time. One time, I was Swamp Thing. I went to White Rose (an arts and craft store) where they sold all these fake vines, leaves and stuff. I just glued them all to this foam costume and spray painted it all green. That was really an awesome costume because it was an accurate Swam Thing costume. Other than that, the most common one was Bela Lugosi Dracula with the widows peak and the fake teeth. I’ve done that a few times, that’s for sure.”

It was a family affair, to be sure. Jabbaz and his two sisters weren’t the only ones who had all the fun.

“My dad definitely got a kick dressing up as a scarecrow and sitting on the bench and scaring kids,” Jabbaz revealed. “There was a time when he was every excited about doing that. But we didn’t go overboard with the decorations.”

Sadly, the only way to see The Sadness is currently is at a film festival. It just finished playing at the Razor Reel Flanders Film Festival in Belgium (Oct. 28) and at the Sam Sebastian Horror Festival in Mexico on Oct. 29. It remains in Mexico today for the Moribodo 2021 Festival, with stops in Wales at the Abertoir Horror Festival (Oct. 31), the Leeds International Film Festival (Nov. 2) and then on to Norway for the Films from the South Festival on Nov. 11.

It is coming to theatres in North America.