"As a filmmaker, we have an opportunity to present ideas differently."

Written by Khalili, produced by Alliance of Light, and distributed by Gravitas Ventures, The Way was shot in about a month from September 2020 to October 2020, primarily at the Detention Center in Lancaster California with a small crew under strict COVID-19 protocols.

“My previous feature was a documentary, called Master, that is streaming on Amazon Prime right now,” Khalili explained to MMA Crossfire on the phone from Los Angeles. “That was a real eye-opening experience as a filmmaker to go on a journey with him and make that film. I also love reading a lot of literature so the writer of Les Miserables, Victor Hugo one of his first books that he wrote is called The Final Days of a Condemned Man. This is a book that takes place in 18th century France and it’s kind of a short novel about capital punishment and what a person goes through who’s about to get executed in this process.

“And I thought, wouldn’t it be fascinating if we combined those two things,” Khalili continued. “What if the person who’s going through that experience has a spiritual dimension to their life that’s connected to something grounded, like Qigong. And that’s where it all began. It took me a couple of years to write, flesh it out. And I thought, even more fascinating would be a female lead, whose bad-ass, but goes through the transformation.”

The Way leans heavily on Jane and Watson to convey the changes their characters go through. It was a key element that Khalili was determined to capture.

“I spent six months looking for the right actors for these parts,” Khalili said. “Across the country, audition after audition, the person had to be fierce, had to be gentle, because the characters go through a huge journeys. The concept of the film is based on the Yin Yang symbol and both characters are going through the light and dark transformation until they become whole. So I needed the performances to be dialled in, but also capable of so many things. I found these two after searching a long time.”

The effectively low-key performances from the supporting actors like Joan Wong and the fact that Jane was also a producer, helped symbolize the team effort behind the scenes.

There are five keys that helped The Way find its way.

“Discipline of vision,” Khalili explained. “Really knowing exactly what I wanted and being super clear about that. Communication. Communicating that to all the people on the set and the team. Experience. I’ve been doing this for almost 20 years. Rehearsing. Getting together giving space to everybody to bring their maximum creativity and guiding from there. Building rapport and camaraderie. We’re in this together. You raise an army to go to war, but it’s the war of creation instead of destruction.And if there’s a sense of unity, and that’s really up to me to create that environment, then people will really bring their best.”

“And so I really strive for those five things because I knew it was going to be a ride. And if we got shut down, it would be hard to resurrect within all of the budgetary constraints . The film wanted to be made, and the energy supported it.”

Fans may be surprised to know that Khalili utilized an all-female team to handle the stunts and action choreography.

“Amy (Sturdivant), Joan, Eli, and Amber (Gaston). The team was all women,” Khalili confirmed. “And I was so stoked about it because they brought it. We talked about the different styles and what we wanted. I actually took them to get the Qigong lesson experience with Master Joe. I was looking for that co-ordinator who understood martial arts in various different styles. And I wanted that to be clear. Sometimes it kind of meshes all together, which is fine too if you’re just doing MMA training and you’re bringing all those things. I was interested in bringing some of that, but also creating dimensions of specificity depending on styles because that makes it really fascinating. So I conveyed all of that. and we talked about practice and they’d rehearse and come back with stuff and then I’d make some small adjustments and they’d go and practise. We were able to bring it across like that.

I’m really proud of those ladies. They came correct.

And while the COVID-19 pandemic made the budget swell to about $1 million, Khalili is proud of the punch the movie delivers.

“Also having an eight-year-old daughter and looking at the world and the feminine and women in general,” Khalili said. “As a filmmaker, we have an opportunity to present ideas differently. I want to elevate the feminine to a place of balance and equality. The power is there but the gentility is there and so that’s part of my motivation because I was raised by strong women. And that benefited me. It really did. And I just want to convey and support that as well.

“The next script I’m writing has two female leads. There’s definitely going to be martial arts fighting and it’s a fascinating story.”

A theatrical red-carpet premiere is planned for The Way on Nov. 12 at the Music Hall Lumiere Cinema in Beverley Hills, California up until Nov. 18.

It will be available on digital streaming platforms and video on demand in early 2022. 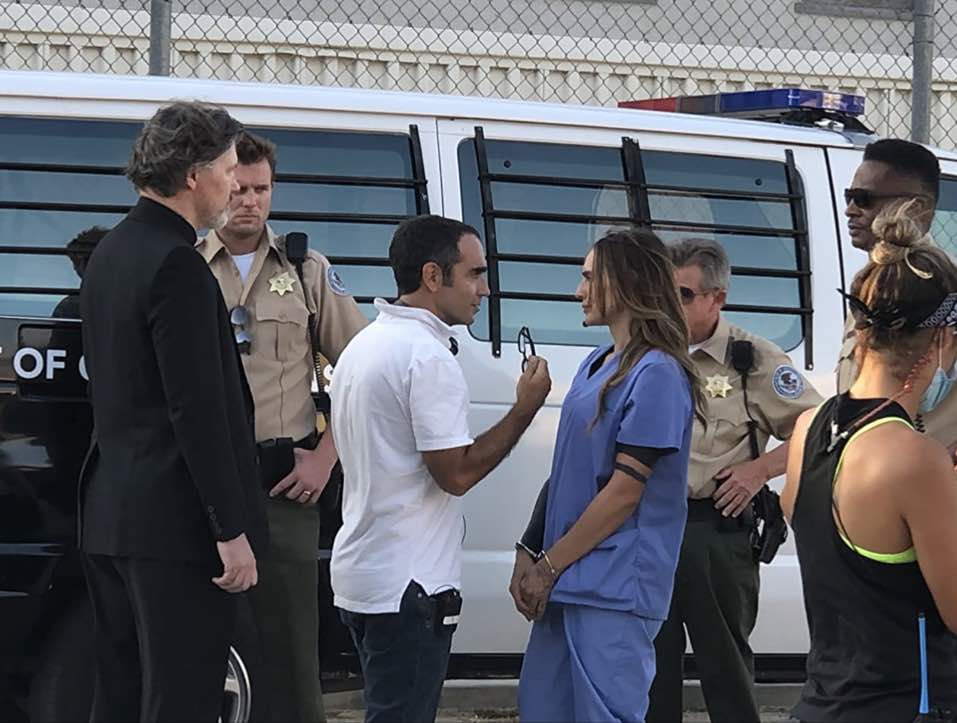