Holloway absorbed everything Rodriguez dished out and delivered more of his own en route to a 49-46, 48-47, 48-47 unanimous decision victory at the UFC Apex Saturday afternoon.

Rodriguez was returning after a 25-month absence and any semblance of ring rust disappeared in the first round, going to work early with leg kicks and strikes to try and stake some starch out of “Blessed.”

But Holloway returned the favour, landing a flying knee to the body in the third round. Rodriguez fought through arm-triangle and standing guillotine submission attempts, but emerged into the fourth round with battle wounds under his eyes. Rodriguez was fatigued, but still willing, as indicated by the flying knee attempt below.

Buoyed by the action, Holloway used his cardio to ramp up the volume, pressuring Rodriguez and avoiding some impressive attacks until the final bell.

Every fighter in UFC history to land over 3,000 total strikes, in one picture #UFCVegas42 pic.twitter.com/TxQwmIToSY

With the win, Holloway (23-6-0) recorded his second consecutive win and defended his current No. 1 ranking in the division.

Rodriguez likely gained some respect with his spirited performance and may not drop too far his current No. 3 ranking.

Holloway and Rodriguez earned Fight of the Night, while Andrea Lee and Chaos Williams earned performances of the night. Each fighter earned a $50,000 USD bonus.

Andrews: Wow! That was impressive.

Andrews: Tough luck for Baeza. This one was not going to go the distance and great striking by Khaos to get the finish.

Came with something to prove 😤

Andrews: What took him so long? De Lima probably looked at Rothwell as a big target.

Andrews: Great performances by both fighters. Rodriguez has proven again that he can fight with the best of them.

The next UFC event is UFC Vegas 43, which is scheduled for Saturday, Nov. 20 at the UFC Apex in Las Vegas. In the main event, No. 7 women’s bantamweight Ketlen Viera takes on former champion  and No. 8 Miesha Tate. 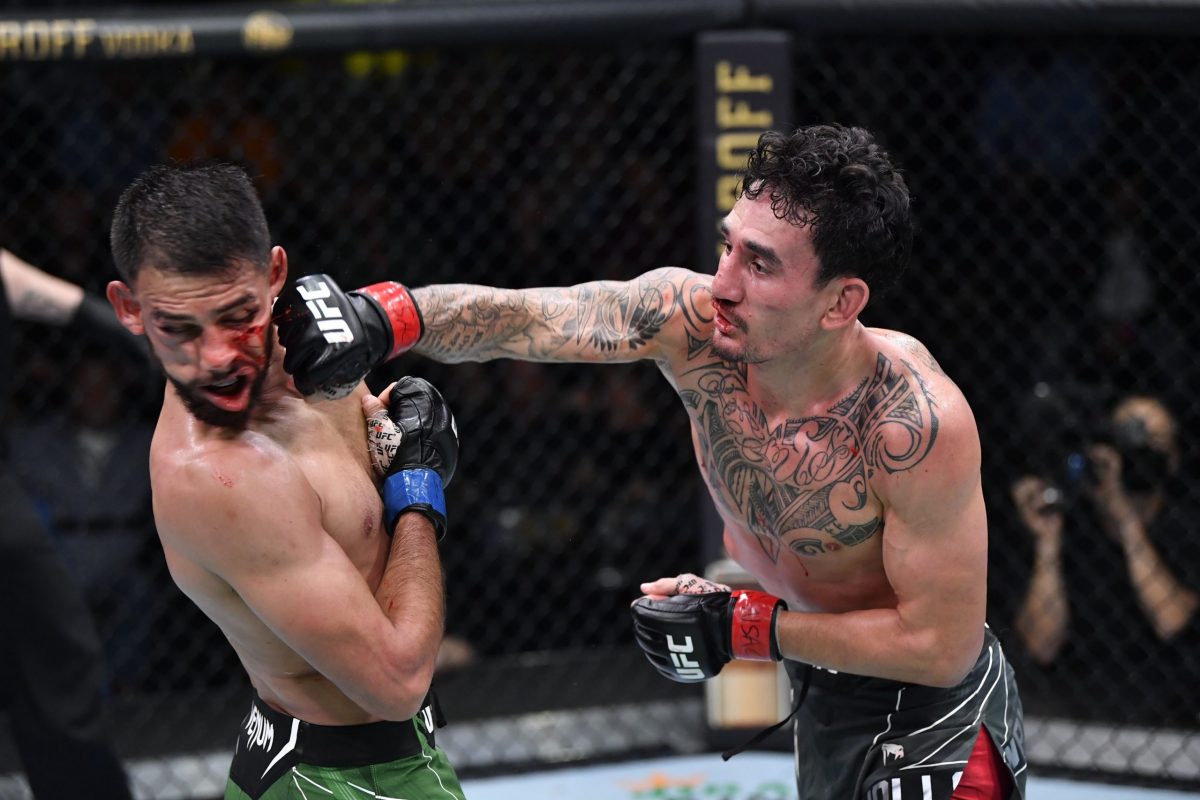