"I'm definitely down to do it again."

So don’t be surprised if we see the “Triple Threat” return to the silver screen sooner rather than later.

Tennant, along with Invicta FC colleague Jennifer Chieng can be seen in the film, as opponents and training partners for the main character Jackie Justice, who is played by Berry.

Tennant’s involvement with Bruised goes back to November 2019.

“It was after the first fight I had with Invicta,” Tennant, (4-1-0), 32, recalled to MMA Crossfire on the phone from her home in New York City. “Halle Berry was at the Renzo Gym training over there and getting choreography done for the movie. Somebody I knew over there, his name was Rob … she was looking for somebody to play a part and Rob mentioned my name and that’s kind of how it got started.

“Shannon (Knapp) called me after my fight, telling me Halle Berry wanted to speak to me,” Tennant explained. “I think I called her, but I couldn’t reach her. And then like a few days later because I went to Florida, so I came back a week later and met Halle and everything and from that time maybe another week, and then I went to go shoot, so maybe three weeks in total (from the initial call to being on set).”

Tennant, who also works as a nurse, has had some exciting moments in the Invicta cage, including winning the bantamweight title earlier this year in August, but working with Berry ranks right up there with them.

“I was totally excited,” Tennant confirmed. “I had never acted before so and I never got to really meet a celebrity, so I was a big fan. Just getting to meet her and just having her know my name was really cool. I enjoyed the experience.”

The gig consisted of three days in total, with one day of shooting and limousine transportation to and from the set.

“I got to see the whole process of the backstage stuff like dressing rooms, the actors doing their parts and the double takes,” Tennant added. “I got to see Halle Berry direct a little bit and having her direct me, it was a really cool experience. Definitely cool seeing behind the scenes.”

The experience has Tennant itching for another slice of the acting life.

“Absolutely,” Tennant said approvingly of an encore. “Especially the fact that it’s what I do. I had the whole fight gear on and stuff and I went into the actual cage I fought in. It was a no-brainer.

“I was so very at home. It didn’t even take that long and got paid a little money and it was pretty cool. Definitely could do that again.”

The movie’s focus on the female fighting experience and the positive impact it should generate is not lost on Tennant.

“I think the movie is an amazing idea and I think it was probably executed great and really well based on what I’ve seen so far in the trailer and just who was in the movie,” Tennant said. “Halle Berry took it very seriously from what I saw and having the Invicta organization be such a big part of it using the cage and fighters, I think it will definitely help elevate women fighting as a whole and shed some light that was not there previously.”

Invicta FC fans will notice quite a few of the company’s touches in the film and from Tennant’s perspective, it reinforced Tennant’s belief in the company’s determination to put its best foot forward.

“I think she’s a very smart business lady,” Tennant said, referring to Invicta FC president Shannon Knapp. “She cares really highly about her staff and the fighters and I think she tries to do the best things for the fighters and things like that. It seems like she’s really trying to grow the brand as a whole.”

The last time Tennant was in the cage was at Invicta FC 44, where she won the title. When will she return to action?

In the meantime, we look forward to the next phase of Tennant’s acting career.

“It was super exciting,” Tennant said. “I would love to do it again. I’m glad to be part of it and help elevate women’s MMA.”

Bruised opened on Nov. 17 in select theatres and will premiere Nov. 24 on Netflix. 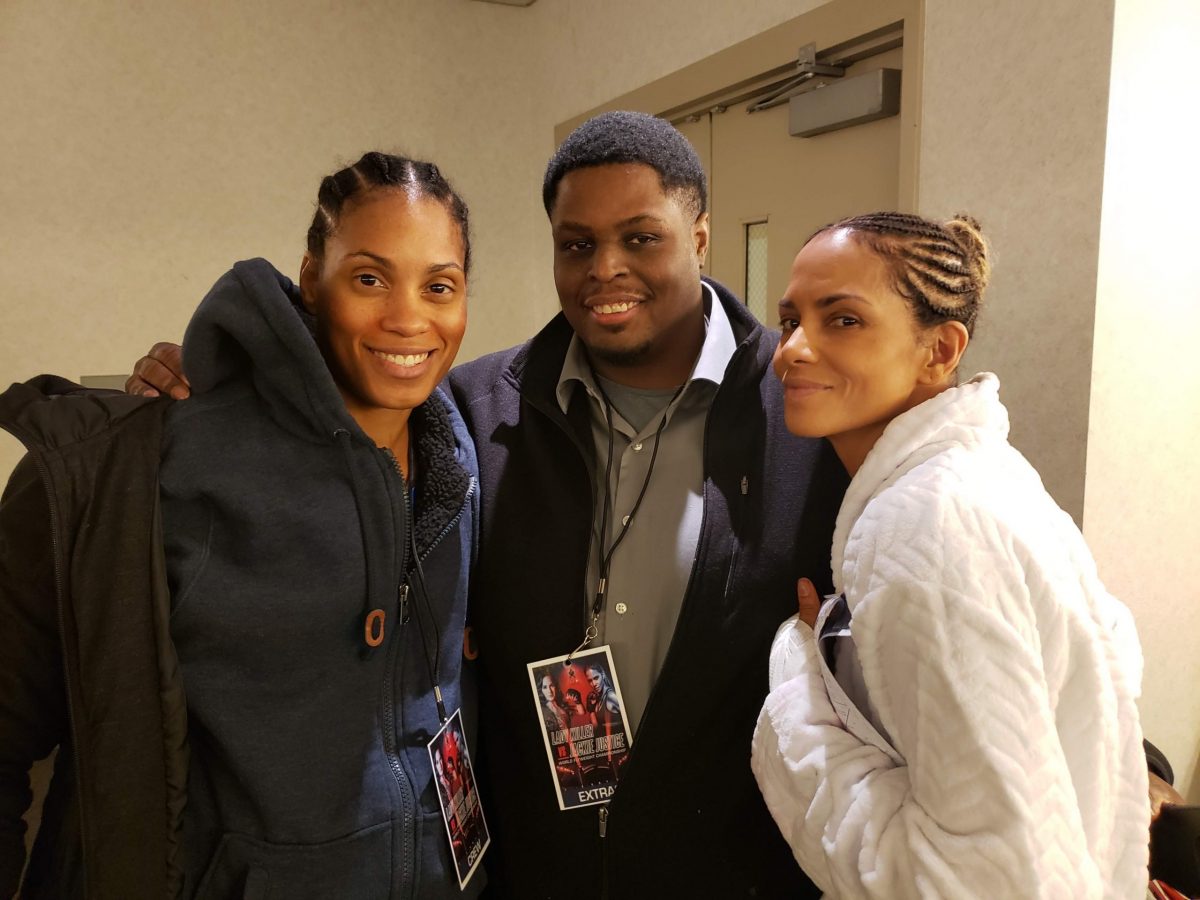