Tyron Woodley respectful after Jake Paul loss, but looking to fight again in 2022

Tyron Woodley acknowledged Jake Paul’s victory in the post-fight press conference and explained why he intends to keep fighting in 2022.

Woodley was the recipient of a Paul right hand disguised as a body shot that crumpled him to the canvas in the sixth round yesterday in the Amalie Arena in Tampa Bay.

In the post-fight press conference, Woodley lamented why he dropped his hands and emphasized that one shot can end a fight.

“Hit me with a clean, flush shot.  I don’t know why … That’s the only thing that drives me up the wall,” Woodley said. “I saw the shot. And right when he threw it, I had both hands up blocking it. I don’t know if I was going to block it and counter check hook, I don’t know what the f*ck I was going to do. But I dropped that damn hand and he got that mother*ucka through, didn’t he?”

Woodley is now 0-2-0 now in boxing, part of five consecutive losses including mixed martial arts competition. It’s no surprise that people are questioning his future in the ring.

As all of those fighters are currently under contract with the UFC, the odds of Paul fighting them now seem long indeed. But what of Woodley? He downplayed a trilogy fight with Paul sitting right beside him.

“I just wanna fight man,” Woodley explained. “I already had a plan to fight four times in next year. This doesn’t change that plan. I’m thankful for the opportunity to step in and fight on this fight … ”

It will be interesting to see if Woodley can attract a big name in 2022. In any case, it appears that he does have some opponents lined up to help him get back on track in the new year. 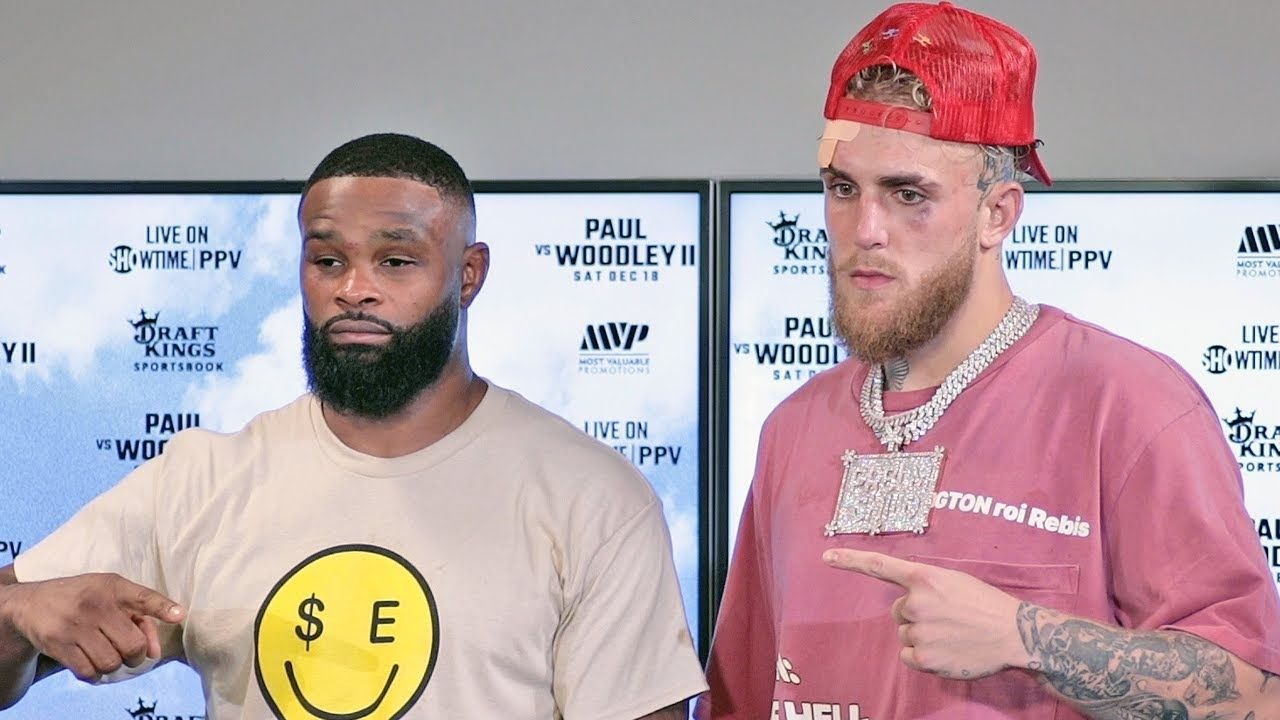 Tyron Woodley respectful after Jake Paul loss, but looking to fight again in 2022 is highly popular post having 58 Facebook shares
Share with your friends
Powered by ESSB