Maisha Katz of Spain is back in the winners circle.

Katz earned a decision victory over Sutai at the recent Muay Hardcore event in Thailand. Using her size and reach advantages, Katz used forward pressure to keep Sutai backing up although she did occasionally catch Katz kicks and land some trips.

Katz landed some elbows in the middle of the second round that seemed to stun Daosritang briefly. Both fighters ramped it up in the deciding round, with Katz mixing up elbows and knees, and Sutai landing big right hands.

Sutai was examined in the third round for a bleeding cut above her left eye, but continued to battle until the final bell.

Today I won my fight, it means a lot to me because I lost my last 4 fights and I really wanted to win this time… I feel so happy and thankful and I wanna say thanks to everyone from @phuketfightclub , specially my trainer @pentor_fightclub @leo7eliasand @payaksamui for being in my corner tonight and teaching me day by day
Let’s go to the next 💪🏾👊🏾🤟🏾
📸 @luimuaythai

The Crossfire has reached out to Katz for further comment on the bout. Check back for more updates as they come in.

Ireland’s Danni McCormack returns to the cage July 2 against Manuela... 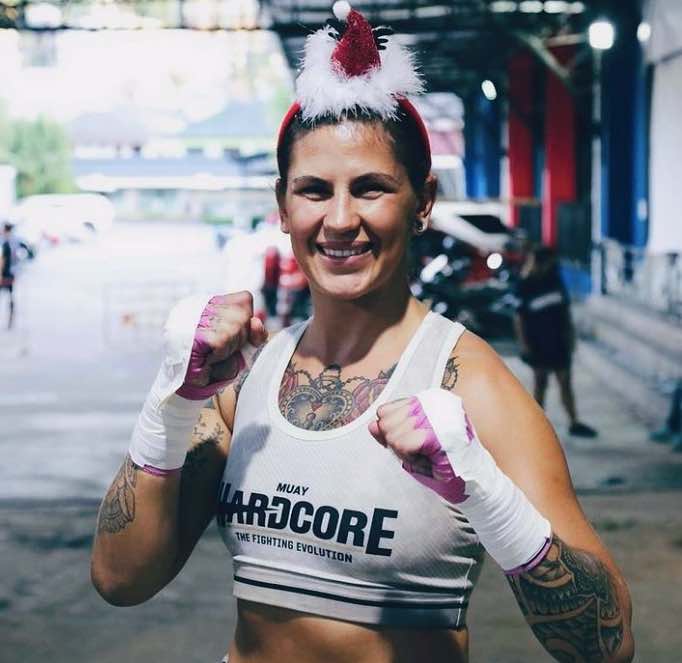