Dwayne Johnson’s Project Rock footwear collection will be in the octagon, starting this weekend with UFC 270.

The movie superstar and the UFC announced a multi-year deal Friday that makes Project Rock the official footwear partner of the UFC.

This means all UFC athletes and their corner will have Project Rock footwear as part of their UFC Fight Kits, specifically a special edition colorway of the Project Rock x UFC co-branded BSR 2 training shoes.

The partnership, which replaces the previous Reebok arrangement, begins with UFC 270, which is scheduled for today at the Honda Center in Anaheim.

“UFC athletes are amongst the greatest, toughest, focused, most disciplined and hardest training athletes on the planet,” Johnson said in a press release.  “Every walk to the iconic Octagon by a UFC fighter is fueled with passion, mana and the deep desire to establish their dominance and legacy. I am proud, grateful and humbled that my innovative Project Rock training shoe is now the official global footwear partner of UFC.  Being ‘the hardest worker in the room’ isn’t just a catchy slogan. It’s my life. But it’s not just my life. It’s the life and soul of every man and woman that competes in UFC.  They are the hardest workers in the room. They are the ones who walk the walk. They are champions. Project Rock looks forward to the endless possibilities within this historic global partnership with UFC and all the hardest workers in the room.”

“We’re thrilled to partner with Dwayne Johnson and his Project Rock brand to incorporate this innovative footwear into UFC’s iconic fight kits,” UFC senior vice president of global consumer products Tracey Bleczinski added. “The core mission of the Project Rock brand, to help individuals in their journey achieve greatness by equipping them with the right tools, aligns with UFC fighters’ determination, dedication, and perseverance, as they pursue greatness in their own right—both inside and outside of the octagon.”

The Project Rock footwear will also be made available for public sale at retail outlets online at a later date. 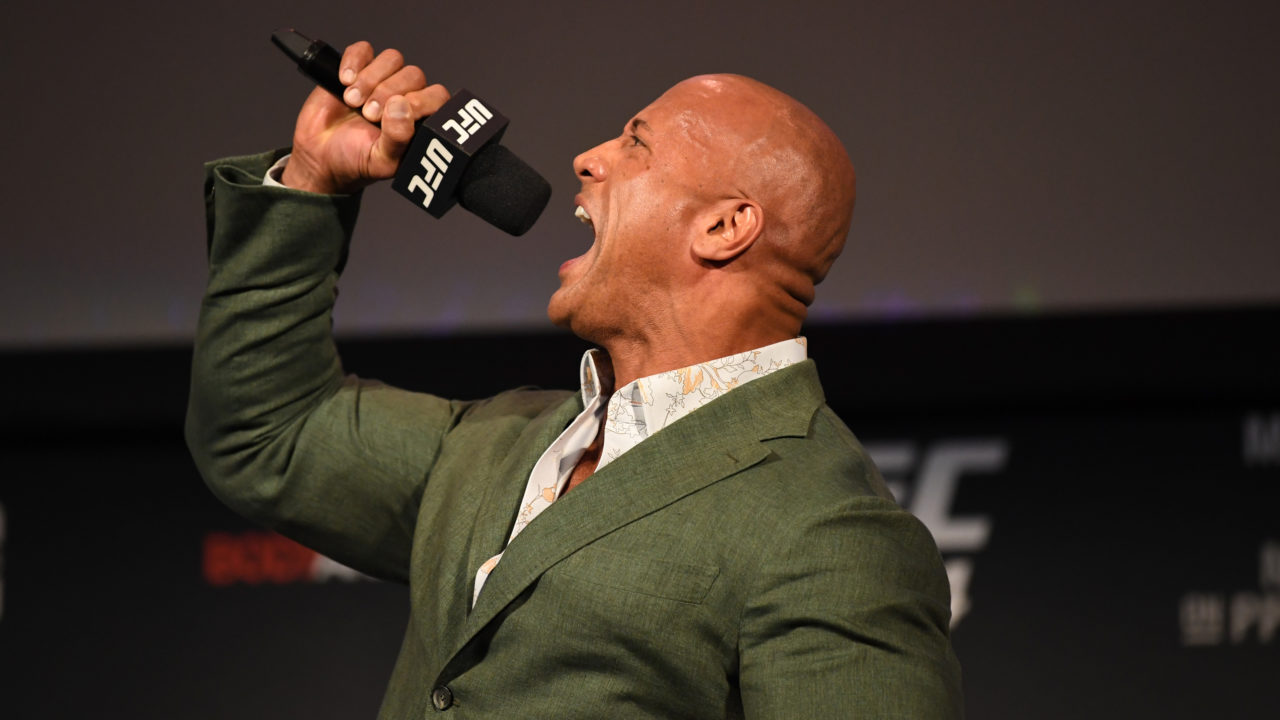