"I was 17 years old and I had that a-ha moment. I was like okay, what am I gong to do with my life. Because I'm not going to end up on the streets."

Dakota House could have ended up a rebellious teenager in the streets of Edmonton, but he ended up playing one on TV instead.

House, 47, credits Bruce Lee and martial arts for helping him move on from the wild side. He trained locally as a youth in Kung Fu, Kickboxing, Taekwondo, Muay Thai, and under Master Yuen, earned a black belt in Hapkido. Today, he is still familiar to Canadians as the rebellious Trevor “Teevee” Tenia on the groundbreaking show North of 60, which celebrates its 30th anniversary this year.

The show’s cult status is now well documented but at the time as a young adult, House didn’t quite grasp it.

“When we were doing it, it was all a learning curve for all the indigenous people who were on there,” House said. “I don’t think that we really understood the impact it was having. I look back now and it’s like as an indigenous youth I was one of the pioneers that kicked open the doors for all of our young people. Because there was never a show that our people could identify with and not only that, one that could put the stereotype out there and wipe it away.

“Not until later years, when I had the understanding of the impact that it played on society and indigenous people,” House explained. “A real TV series that based around indigenous life and the people could relate and connect to it as their show.”

There was some talk a few years ago about a possible reboot of North of 60, but it seemed to peter out. It’s something that House would love to be a part of, if it ever comes to pass.

“Absolutely,” Dakota confirmed. “Some of the ideas that I had (for the reboot) I shared with Tina (Keeper).

Keeper, who played Michelle Kenidi on the show, is also a former Liberal Party MP for the city of Churchill, Manitoba, now turned producer. She has unofficially taken the reins of the North of 60 reboot going. Time will tell how that plays out.

Like Keeper, House briefly moved on to politics, running in the 2019 Alberta general election, and even prevously authoring a Cree heritage children’s book, Dancers in the Sky, in 2002.

But it hasn’t been all sunshine and blue skies.

House had some brushes with the law, struggled with alcohol addiction, and was physically assaulted with a two-by-four by six men in his apartment building in 1997. But 17 years into his sobriety, House has put these problems behind him.

There are still many issues in the indigenous community in 2022, but House has taken on the challenge by creating his own organization called Going M.I.L.E.S. to help fortify the self-esteem and entrepreneurial skills of the youth.

“Being in the film industry at a young age … when I was a kid, really had no role models and stuff and no one really cared what I had to say … and then going through school and being voted least likely to succeed, it kind of adds a chip on your shoulder,” House said. “I guess when you’re placed on a pedestal … I went through a lot of things, but came out of it on the other end humble and on the ground. I pride myself on that a lot.”

House still dabbles in acting. He won the best Alberta actor award at the 2019 Festival of Fear for the independent horror film Demented, which also starred Ari Lehman (Friday the 13th), Felissa Rose (Sleepaway Camp), WWE Hall of Famer Bret “Hitman” Hart, and former TNA wrestler Angelina Love (Angel Williams). Another project slated for release in 2022 is Starlight, while The Epidemic, and Valetika were also scheduled for 2022 but have been delayed due to the COVID-19 pandemic.

But as a proud father of four daughters and two sons, it’s all about family for House these days.

“When you’re blazing that trail and no one is in front of you, it might seem like a lonely path,” House said. “But when you look behind you, that single set of footprints has become a four-lane highway that people are following.

“You become that guiding light, that shining star.” 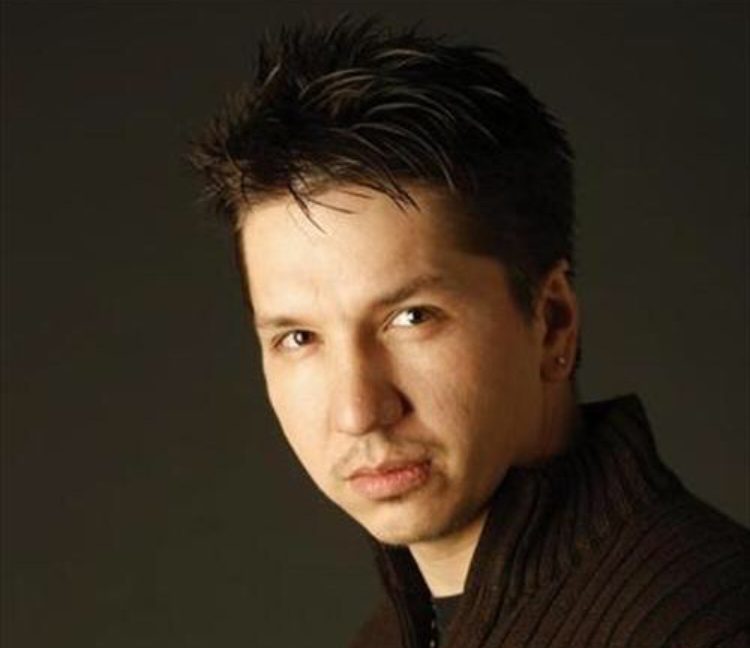 Dakota House opens up on empowering indigenous youth, potential North of 60 reboot is highly popular post having 520 Facebook shares
Share with your friends
Powered by ESSB