Dustin Poirier’s beef with Colby Covington is beyond the octagon

"I want real fights, fun fights, fights that mean something to me"

Dustin Poirier spoke with reporters at UFC 271 and while he is looking forward to fighting Nate Diaz, he was dead serious when Colby Covington’s name came up.

Poirier (28-7-0), 28, is coming off a lightweight title loss to Charles Oliveira at UFC 269 last December, but looked in good spirits answering questions in Houston, two hours or so from Layafette, Louisiana where he resides.

Poirier reminisced a bit to the time where fighters made their reputations in the octagon and not simply by talking trash to anyone who will listen. He praised Nate and Nick Diaz as “pioneers” who paid their dues in the cage and who “will always hold a special place in my heart.”

“I want the fight, and he wants it, as well,” Poirier said. “On my side, let’s go. On his side and the UFC they have to figure it out, but I”m ready to rock. I think there’s a good chance it’s going to happen. I think summer is a good target if I had to put one on the calendar. I’m not sure, but I have a good feeling is going to happen.”

“I’m not sure if I’m going to stay at 170 pounds, but this fight makes sense,” Poirier elaborated. “I just want to be in fights that mean something to me. Nate is a guy that I grew up watching fight. I respect him and his brother (Nick). I think stylistically, it’s a fun fight for the fans. This is a Fight of the Year-type of fight, and those are the fights I want to be a part of.”

While Poirier is looking forward to a battle with Diaz in the summer, former American Top Team teammate Colby Covington (16-3-0) is a different matter. 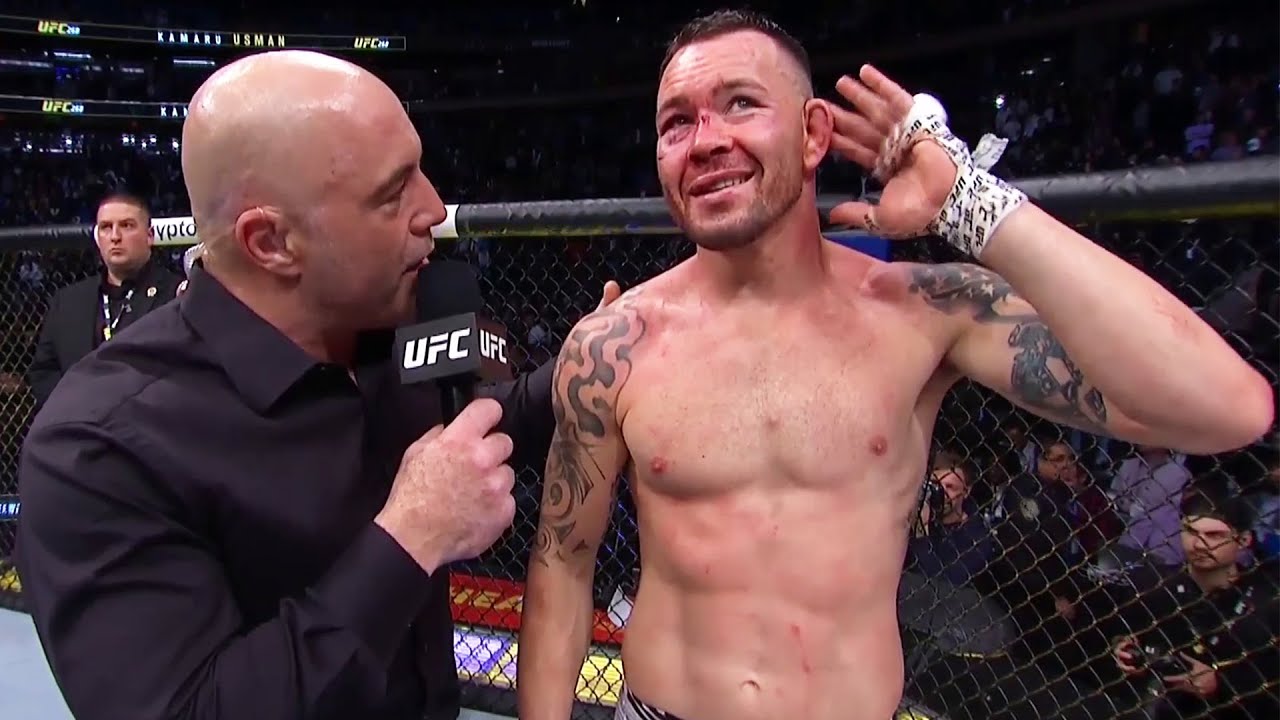 “Back in 2012, when Colby was just joining the gym from college wrestling and making his debut, I saw everything unfold.”

“We were never close, we trained a good bit throughout the years but we were never close friends. We never did anything outside of the gym,” Poirier explained. “I mean, being honest and I don’t really care, I saw a time when he was winning fights in the UFC and he started getting that schtick … he was winning fights but wasn’t getting the attention and then he started switching. In the beginning of it was kind of funny and kind of cool but there was a point when he started believing all that craziness and started being that person, and that’s when things started changing …”

“It’s the thing that makes me hate this sport. The fairness of things like that. I won’t call it clickbait but living that kind of life. It’s not that same thing that I fell in love when I started fighting 15 years ago. It’s a different thing now. Fighters are making their way through the ranks a different way.”

One fact that Poirier or anyone else cannot deny is that Covington is a contender. He challenged for the welterweight title twice, losing to champion Kamaru Usman. However, he is still ranked No. 1 in the division and is actively trying to work his way through any means to secure a third title shot.

The first step for Covington is a fight with another former ATT teammate, Jorge Masvidal at UFC 272 March 5. They also have their score to settle.

Poirier stated for the record that he “hopes Masvidal wins … we’ll see what happens.”