The time for talk is over at UFC 272 as MyBookie head oddsmaker David Strauss weighs in with wagering analysis on the main event and odds on the entire card.

Kenai Andrews also checks in. Let’s get right into it.

MyBookie has put forth some interesting prop odds for Covington vs. Masvidal here.

Editor’s Note: Odds are accurate at time of posting and are subject to change. Visit MyBookie for latest information.

Kicking things off in the light heavyweight division 🙌@TheHanyakDJ vs Michal Oleksiejczuk open up #UFC272!

Andrews: Both guys like to stand and that favours Jacoby. Look for Jacoby to use that reach advantage and catch Michel.

Eager to get back in the win column 😤@Koe_KingKageUFC faces Ludovit Klein TOMORROW night!

Ranked 125ers ready to bring the action 💢@TElliott125 vs @Tagir_Ulanbekov

Andrews: This one might not be a barnburner. Umar basically grinds this one out.

Guaranteed action to close out the early prelims 🧨@BrianBoom135 vs @UmarNmgdv

Andrews: If Khabib lets you wear his hat to the weigh-ins, you’d better not let him down. And Umar is on a RNC rampage. He will continue that streak.

Andrews: Moroz is fighting for a country under siege and that will increase her intensity.  But can she keep the fight standing? Agapova will drag the fight to the ground and get the tap before Moroz can pile up the points.

We don’t expect this one to go all 3️⃣ rounds!

Andrews: If Nicolae can drag Kennedy down to the ground, he can win. Have to go with Kennedy on strikes though.

Andrews: It’s been fun watching the progress of Yan. Her striking is good, but Rodriguez is better.

Andrews: Turner comes up roses with strikes to stop this one.

The #UFC272 main card gets underway in the heavyweight division!

Andrews: Hardy is on a slide and I think it continues as the more technical Spivac catches him.

Cowboy welcomes the Trailblazer back into welterweight waters 🌊@TrailBlaze2Top vs @AlexCowboyUFC

Andrews: This is Holland’s welterweight debut. I think he keeps the fight standing long enough to get the decision.

Get ready for some featherweight fireworks 🎆

Andrews: Mitchell drags Barboza to the ground and grinds him out.

This one is going to be good 🍿@RDosAnjosMMA vs @MoicanoUFC goes down in tomorrow's co-main event!

Andrews: Dos Anjos uses his wrestling and striking to keep Moicano at bay for most of the fight.

Andrews: Masvidal needs to use that takedown defence and put something in Colby’s face. But Covington eventually gets the takedown and goes to work.

Strauss: Covington has lost just three times, and two of those losses were welterweight champion, Kamarau Usman. His fights were competitive and is a big reason why Covington is favoured at -330.

Covington is 16-3-0, including 8-2 over his last 10 fights. He’s had impressive victories over some big names including Robbie Lawler, Tyron Woodley, and Rafael dos Anjos. The 34-year old loves pushing the pace and is a high-volume striker who rarely runs out of gas.

Covington has superb control skills on the mat, and against the cage and averages just over four takedowns per 15 minutes, ranking him 10th all-time in the octagon.

Despite being an underdog, Jorge Masvidal still has a puncher’s chance with the power he possesses. 16 of his 35 wins have come by knockout and if he can find that one punch Saturday, he could make it 17. The 37-year old is one of the cleanest strikers in the division and also is dangerous with his knees and elbow in a clinch. Masvidal has been able to avoid 65% of strikes thrown his way, so if he can keep this fight upright, Covington could be in trouble. But Masvidal has lost four of his last seven and the matchup isn’t favourable.

Masvidal is generally good with takedown defence, but he’s struggled with high-end wrestlers, including in his losses to Usman.

With all the bad blood, you can be sure we see a rapid start to the fight. Covington will likely look for early takedowns to gain control while Masvidal would rather keep this fight standing, and use his striking. He has high fighting IQ in the cage and could pay out if he can land that one devastating blow. Backing Masvidal to win by TKO is listed at an intriguing +375 as many pundits feel it’s the only way he’d get the victory.

Covington should have success on the ground and will bring that early pace. His plan will be to grind Masvidal down. Covington has the control skills which leads to winning rounds and the longer this fight goes, the more likely Covington will wear down Masvidal. While he is a huge moneyline favourite, there is value on a Covington win by decision which is listed at -110.

There you have it. Enjoy the fights. 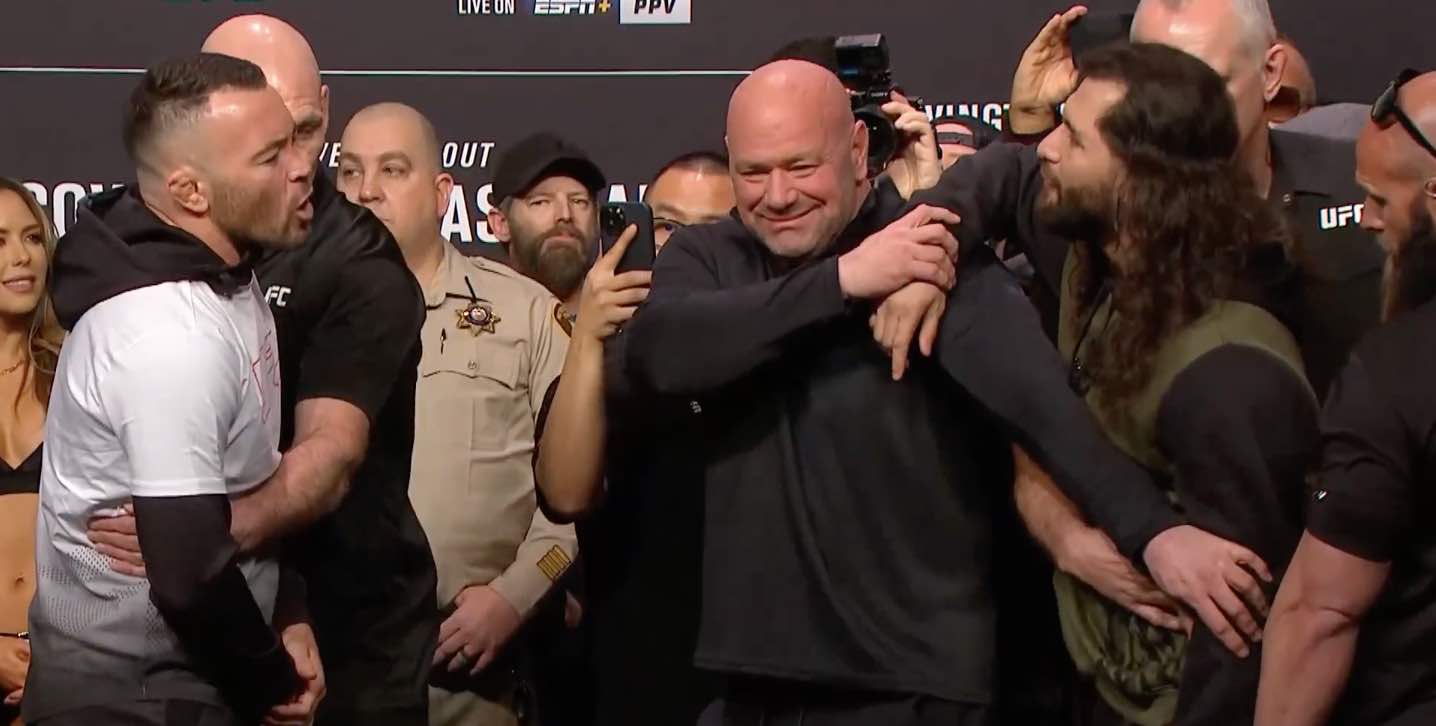