When it comes to watching fights and interacting online with fans, PFL light heavyweight Chris Camozzi is your watch party man.

Camozzi (27-15-0), 35, has been around the sport long enough when going to bars or having house parties for events was the only thing. But now with the PFL and MILLIONS recently partnering to deliver an online package that helps fighters monetize the experience, Camozzi is all in.

“It was almost like having a party at your house but some of the people you don’t even know,” Camozzi explained to MMA Crossfire from his home in Denver, Colorado. “You get a chance to meet them.”

“It was just cool because there are people from all over the world who are able to tune in rather than just be a local thing. You get to meet new people … fans of mine who are able to jump on and ask me questions, talk about the fights, things I enjoy that they obviously enjoy. It was a really unique experience.”

A quick look at Camozzi’s MILLIONS profile offers fans the chance not only to buy gear, but to ask him (or any other fighter on the MILLIONS roster) anything, with the answer delivered in a personalized video response for a flat fee.

Camozzi says it’s a simple and enjoyable way of building his own brand. He’s done several watch parties so far – the last one was a month or two ago for a PFL Challengers Series event – and is planning for more.

“I’m talking to my management now. We are looking further into the schedule to see which other ones we can set up because I had a lot of fun,” Camozzi confirmed. “I even actually … One of the ones I did I had other fighters over and they answered questions and talked fights with everybody so it was just cool.”

Unfortunately, tonight’s 2022 PFL 1 season opener is not on the Camozzi watch party schedule, but he did weigh in on the main event of Clay Collard vs. Jeremy Stephens while pledging to catch the fight tonight.

“I used to go on Twitter … they would post about fights while they were going on but I’ve never done anything like that where it was on video and people can see you and its real time talking,” Camozzi added. “That was definitely different.”

“I don’t think there were avenues to really do it differently before other than Instagram Live or something like that, Camozzi said thoughtfully. “The process of having the stream was a lot cleaner .. than having to hold a phone and move it all over the place. I just opened up my computer, they sent me a camera that had a wide angle. It was a lot easier than using a mobile phone.

“I don’t really have to touch the computer after that I would just read some of the questions that came through but other than that, I would talk to my friends, have conversations with the people here and the people online get to be a part of that. They’re here online with us.”

For fighters curious about how Camozzi or MILLIONS make their money on the platform, Camozzi seems pleased to inform everyone that it’s through the old fashioned way: Earning it. 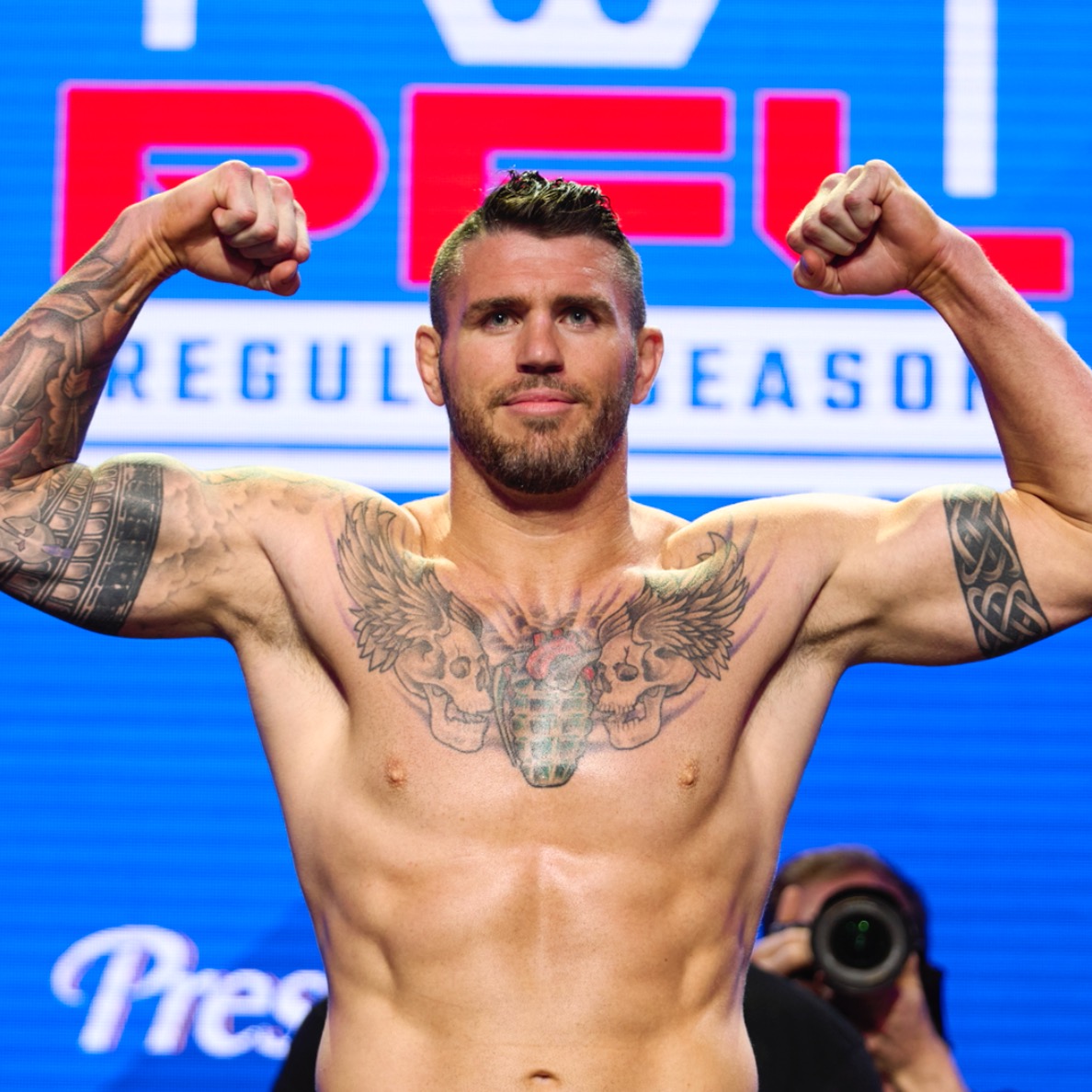 “On Millions I have my own store with merchandise and stuff,” Camozzi explained. “Some of the people that I got to meet on there ended up ordering some gear from the store. MILLIONS has it set up so that money goes into the fighters pocket. It’s a good chance to generate revenue ofttimes and sell our gear, push it, and promote ourselves. It’s a good opportunity for all of that.

“That’s a big reason why I jumped on with them. There’s no overhead,” Camozzi continued. “They just take a small cut of things that are sold but other than that, it goes straight to me. I don’t have to buy all the gear up front. Before I used to, I had my own store a long time ago, a brick and mortar MMA shop. The biggest part was having to order things and create overhead to where I didn’t know whether they were going to sell or not. Now I make the designs, they’re on there, and it’s print to order so there’s no extra cost to me, which is great.”

The platform could be a good idea for gyms too.

“I have quite a few friends set up on there and even gyms as well, because gyms can put their shirts and everything up there and then they don’t have boxes of shirts just sitting around the gym,” Camozzi said. “They can have their students and clients and everybody order off there and again, there’s no overhead for them.

“Each time I get on there a few times a week. I’m always trying to come up with new merchandise and I like to make it fun so if any of the fans have an idea, shoot it to me and I’ll make it a shirt. If it sells, I’ll make it,” Camozzi laughed.

They’ve got quite a few features on there. I’m still messing around on it and learning it, but it’s been fun.

Camozzi’s last fight was a decision win over Cory Hendricks at PFL 9 last August. He’s looking to get back in the cage “as soon as possible.”

“I’ve got a few options, a few contracts that were offered, so my management and I are just looking through them and deciding which way we’re going to go.”

In the meantime, fans can hit Chris up on his profile page for the next MILLIONS watch party.