Devin Haney becomes undisputed with win over George Kambosos Jr. down under

Devin Haney is now the undisputed lightweight champion of the world.

Haney used his most reliable weapon, the jab, targeting the head and body to pile up the points and keep the Australian challenger at bay. Meanwhile, unlike his previous fight with Teofimo Lopez, Kambosos Jr. was unable to follow up his biggest weapons – the overhand right or left hook – with Haney either stepping back or clinching to avoid the big damage.

Kambosos Jr. said he will exercise the rematch clause in the contract, expected to happen later this year in Australia.

“Yes, 100 percent … we’ll do it again,” Kambosos Jr. said to reporters afterwards. “Look, I gave him the shot. If I hadn’t given him this shot, he wouldn’t have had his moment right now.

“He grabbed and held a lot and did what he had to do to win. That’s what it’s about. You do what you have to do to win, and today they gave him the decision, but I’m sure it will change when we get it on again. … This is going to make me hungrier.”

Kambosos Jr. exploded into the spotlight last November with a shocking split-decision win over Lopez in which he knocked Lopez down in the very first frame and survived a last round knockdown. 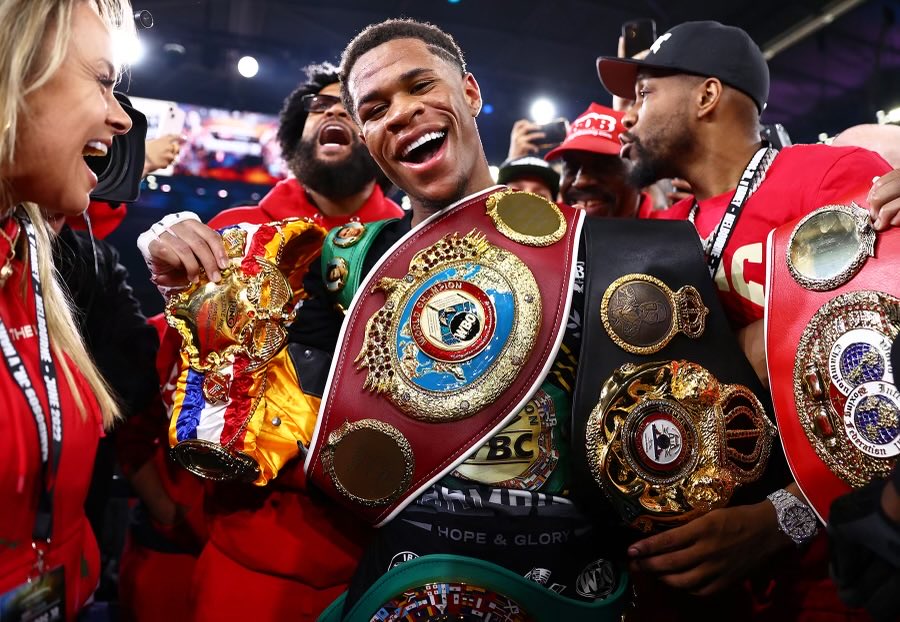 Devin Haney becomes undisputed with win over George Kambosos Jr. down under is highly popular post having 66 Facebook shares
Share with your friends
Powered by ESSB